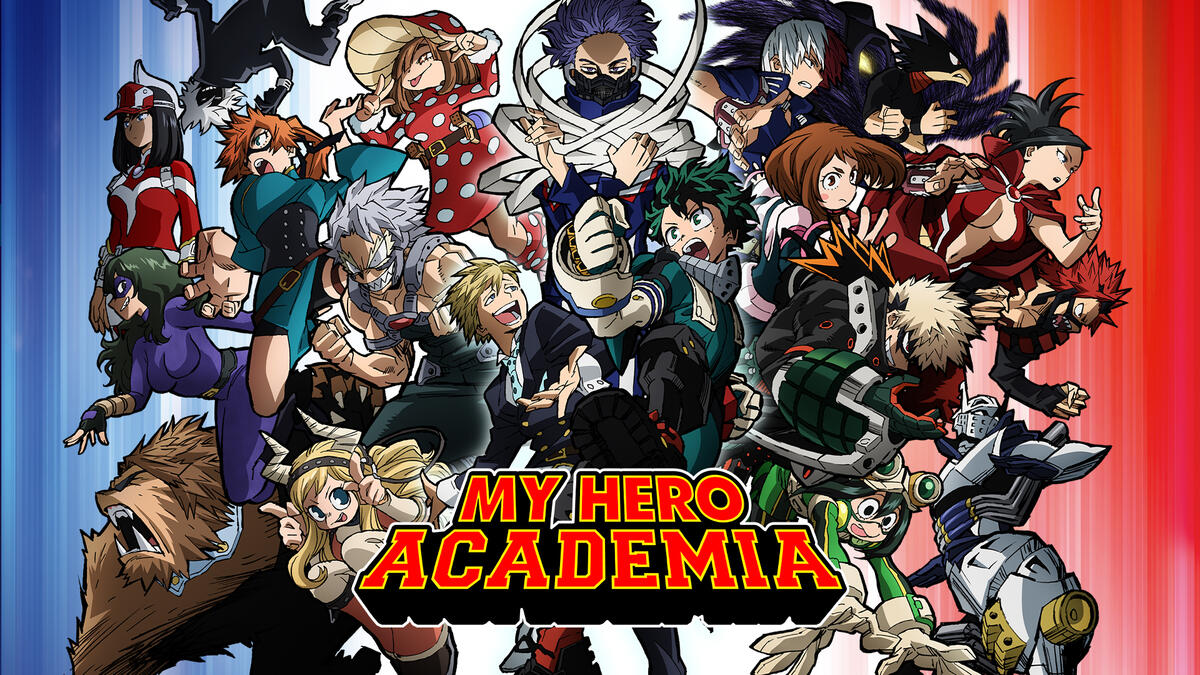 Whether you’re a newcomer to anime or a seasoned veteran, with more than 300 titles in our Anime Hub, there’s an anime for everyone on Hulu.

Get some background on the popular genre and check out some of the best anime shows streaming right now.

Anime, or the Japanese word for animation, is used to refer to cartoons that are created in Japan. However, in Japan, the word is used when referencing all animation, rather than the specific artwork, storytelling, and themes that we associate with anime in America. Many anime series and films are based on Japanese graphic novels called “manga.”

Though anime has become somewhat of a genre of its own in American culture, it’s the animation and story style that defines the category. Within that category, there are anime options for all genres: comedy, drama, action, thriller, etc.

While most anime shows are in the native language, Japanese, many are dubbed over with English voice actors or subtitled in English to make watching more easily accessible to viewers.

Anime typically lives in one of four main genres:

While shounen and seinen tend to be created with a male viewer in mind, that doesn’t mean they can’t be enjoyed by all genders. 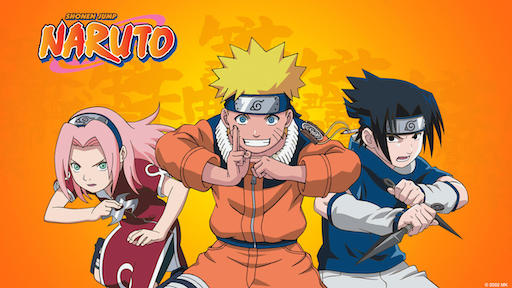 The first show of the Naruto trilogy, Naruto takes place in The Village Hidden in the Leaves, home to the stealthiest ninja in the land. Flashback to twelve years earlier, when a fearsome nine-tailed fox terrorized the village, and its spirit was sealed within the body of a baby boy—Naruto Uzumaki. 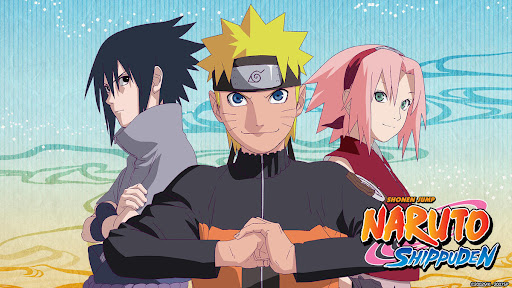 The second of the Naruto trilogy, Naruto Shippuden follows grown-up Naruto, who has become a hyperactive ninja-in-training. He’s more interested in pranks than schoolwork, but still determined to become the greatest ninja of all time. 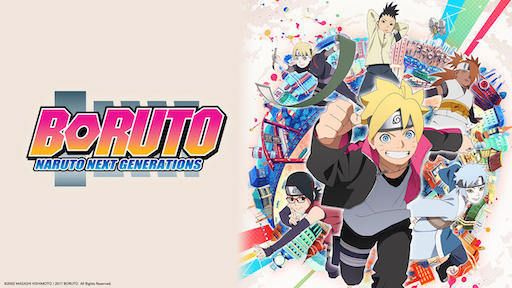 The third of the Naruto trilogy, Boruto: Naruto Next Generations follows the adventures of Boruto Uzumaki, son of Seventh Hokage Naruto Uzumaki, who recently enrolled in the Ninja Academy.

Now, as a series of mysterious events unfolds, a new chapter for Boruto is about to begin. 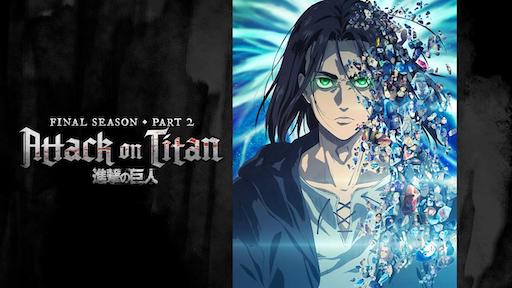 Be sure to add this to your Hulu anime list. From the director of the popular series Death Note comes Attack on Titan, which chronicles a time when humanity was forced to retreat to escape the massive, man-eating Titans that roamed the land outside their fortress. This is their story. 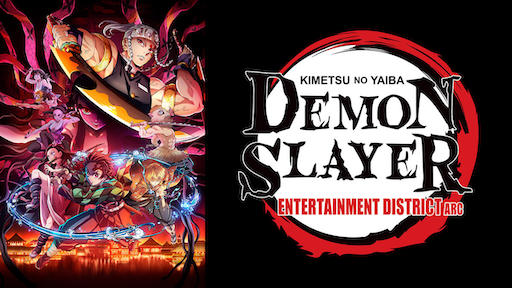 It’s the Taisho Period in Japan. Tanjiro, a kind hearted boy, finds his family slaughtered by a demon and his younger sister, the sole survivor, transformed into a demon herself. Though devastated by this grim reality, Tanjiro resolves to cure his sister and slay the demon that murdered his family.

Check out this dark anime series and more murder mysteries on Hulu. 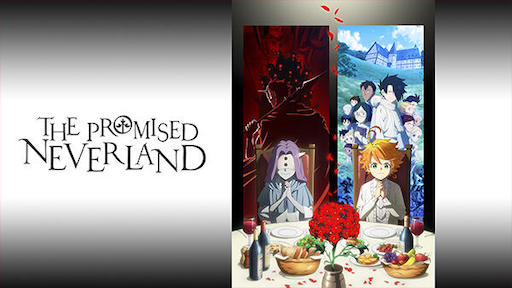 The popular anime show The Promised Neverland follows a group of gifted young children isolated at the Grace Field House orphanage. They vow to free their peers in a risky escape, but instead of freedom, they’re met with an outside world that is almost too cruel to face.

What inspires them to keep going? Hope for a better life, and a promise to save the family they left behind.

Number of Seasons on Hulu: 1-2 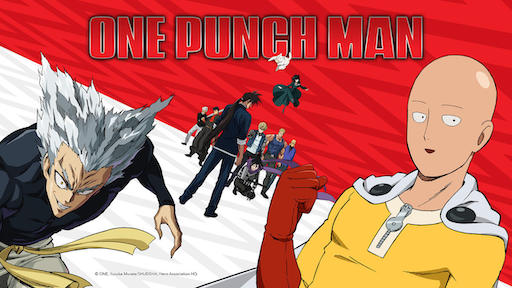 Saitama is the strongest man in the world (perhaps even in the universe) and can defeat any enemy with a single punch. Other than that, he’s pretty ordinary—and it turns out that being devastatingly powerful is kind of a bore.

Get sucked into a world of intrigue and superhero politicking in the laugh-out-loud comedy series, One Punch Man. 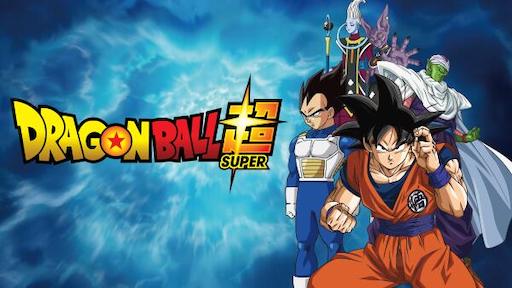 Six months after the conclusion of Dragon Ball, Majin Buu has been defeated and Goku and his friends are able to live peaceful, quiet lives. That is, until Beerus, the God of Destruction, comes along and sends the crew on another adventure to save the world and themselves. 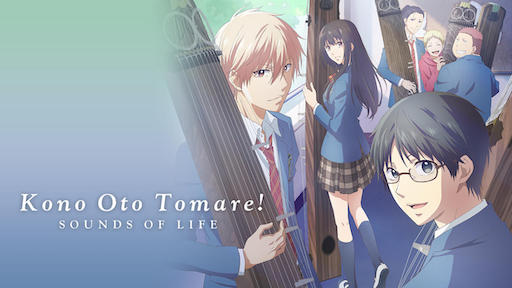 The koto club, focused on the traditional Japanese instrument, will accept anyone interested in joining their group. But, when an incredible player with a less-than-stellar track record joins the group, working together and creating music will be more difficult than anyone anticipated. 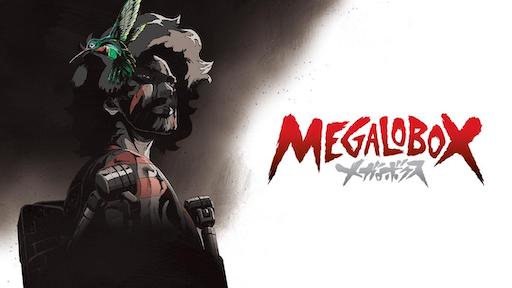 In the late 21st century, a man only known by the ring name “Junk Dog” participates in megaloboxing matches in which the fighters box while wearing metal exoskeletons known as “gears.” After a run-in with the megaloboxing champion, Yūri, Junk Dog is determined to work his way to the top of the rankings, face-off against Yūri once more, and beat him. 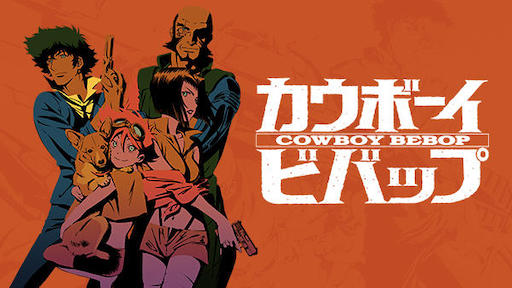 In the year 2071, Spike and Jet are bounty hunters, or “cowboys,” in the colonized solar system. When they are joined by con artist Faye Valentine, Ein (a genetically engineered Corgi with human intelligence), and Edward the teenage hacker, the team becomes the quirkiest and most lovable band of cowboys in the universe. 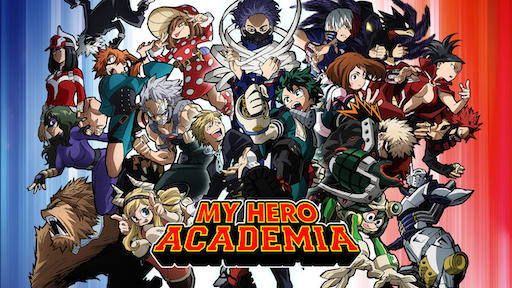 In a world full of superpowers, Izuku was born powerless—but that doesn’t stop him from chasing his dreams of becoming a superhero. He enrolls himself in the hero academy, which requires a dangerous and deadly entrance exam, and sets off to work on becoming a mighty hero with the help of famous superhero, All Might. 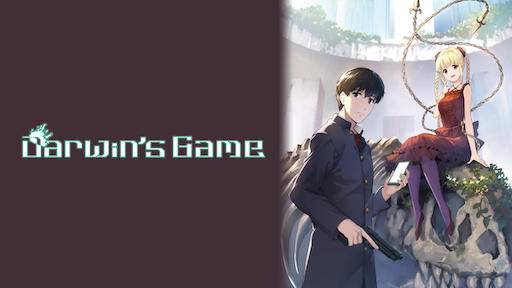 When high school student Kaname Sudo is invited to test out a new app called “Darwin’s Game,” he quickly realizes the game could have deadly consequences for not only his avatar, but himself and the other players. The worst part? There’s no way out. Kaname vows to win the game and find its creators to exact his revenge. 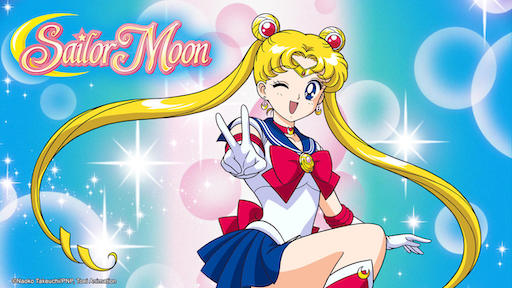 Sailor Moon follows Usagi Tsukino, a clumsy and loving teenage girl, who discovers that she and her friends can transform into guardians known as “Sailor Senshi.” Usagi is chosen as the leader of the group (designated as Sailor Moon) and is joined by her friends in the senshi to use their abilities to protect and defend the earth.

Sailor Moon Crystal, a retelling of the Sailor Moon story, is also available to stream now on Hulu. 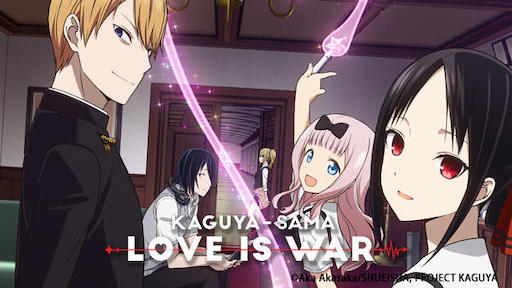 Shuchiin Academy is where elite students with bright futures attend school. Kaguya and Miyuki are both leaders of the student council and are also both secretly (only not-so-secretly) in love with each other. The romantic comedy anime series follows the pair as they each try to get the other to admit their love first.

The Day I Became a God 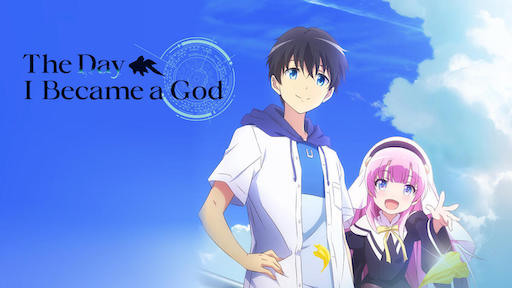 When Youta meets a young girl named Hina, who has declared herself “god of omniscience,” his plans for the rest of his life come tumbling down. Why? Hina claims the world will end in 30 days. After a powerful demonstration of her abilities, Hina convinces Youta she’s telling the truth. Youta, fearing she’s correct, abandons his plans and instead spends the summer with his new, supernatural friend.

Watch: The Day I Became a God 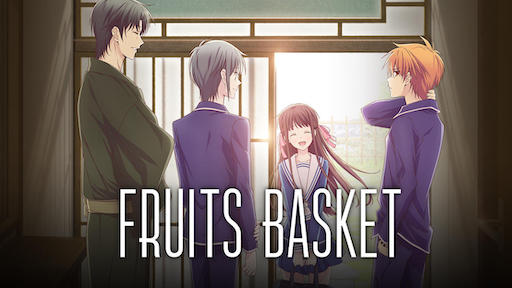 After a devastating family tragedy, Tohru begins living in a tent. Little does she know, her tent is pitched on land that belongs to the Soma family, who decides to take her in. After spending some time with the family, Tohru realizes the family has a special power—when hugged by the opposite sex, they turn into animals of the Chinese Zodiac. 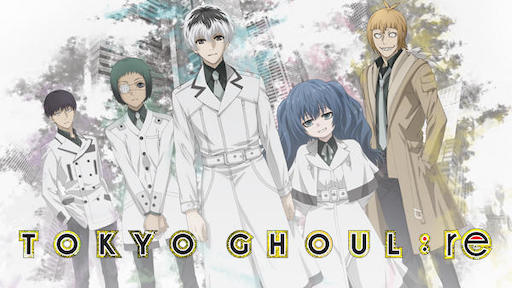 Two years after the raid on Anteiku, Haise Sasaki is selected to lead an unruly team of humans who are infused with ghoul powers. Known as the Quinx Squad, they’ll walk the line between humans and ghouls to rid the world of its most daunting threat. 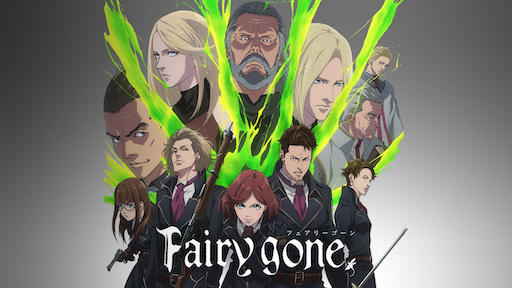 Former soldiers who are able to summon fairies to be used as weapons, aka Fairy Soldiers, struggle to find purpose in a post-war world. Nine years after the war, a group of fairy soldiers come together to seek and create their own justice in the world. 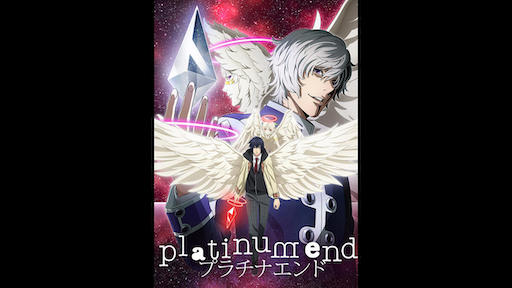 When Mirai attempts to take his own life, he’s saved by a guardian angel named Nasse who offers him the chance to become a god. However, becoming a god won’t be easy. Up against 12 other candidates, Mirai must fight and beat each one within 999 days to earn his title. 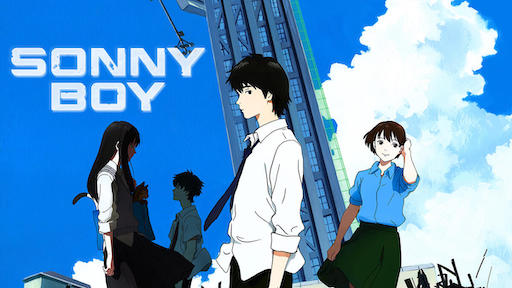 When a group of students on a normal summer vacation are suddenly transported into an alien dimension, they are given superpowers to help them survive there. As the students hone and develop their powers, they’re faced with new rivalries, an unfamiliar world, and no way home. 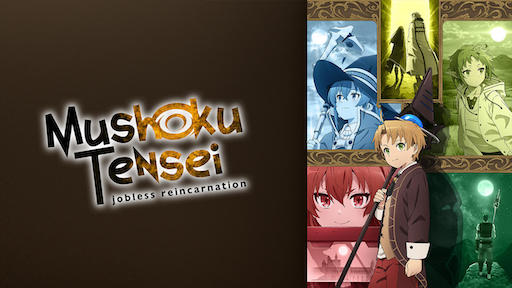 When Rudy, a 34-year-old underachiever, gets run over by a bus, his story is far from over. Reincarnated as an infant, he taps into his newfound courage, friends, and magical abilities to embark on an epic adventure.

How a Realist Hero Rebuilt The Kingdom 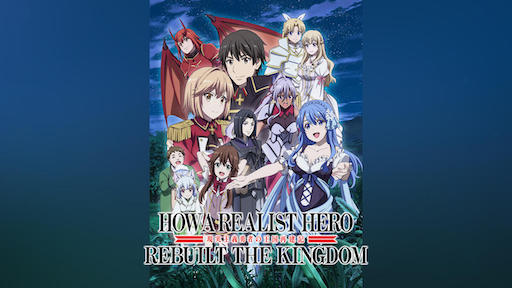 Kazuya Soma is summoned into a fantasy world where he is expected to be the hero and save the failing kingdom. After marrying the princess and being crowned king, Kazuya is ready to start reforming his new world’s economy. While everyone expected heroism, adventure, and possibly war, Kazuya aims to save his kingdom by solving the political and administrative issues within the society.

Watch: How a Realist Hero Rebuilt The Kingdom

Arifureta: From Commonplace to World’s Strongest 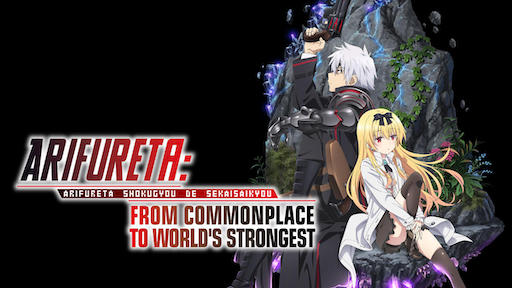 Typical teenager Hajime Nagumo is up all night and spends his days sleeping in school. When his school and classmates are suddenly summoned into a fantasy world, they’re tasked with saving the human race. While Hajime’s classmates all have godlike powers, he is not strong and doesn’t possess a helpful skill. In a dangerous world full of monsters and demons, Hajime must learn to survive and use the skills he has to save humanity.

Looking for some more good anime on Hulu? There’s plenty more where that came from! Check out Hulu’s Anime Hub for more of the best anime shows streaming now.