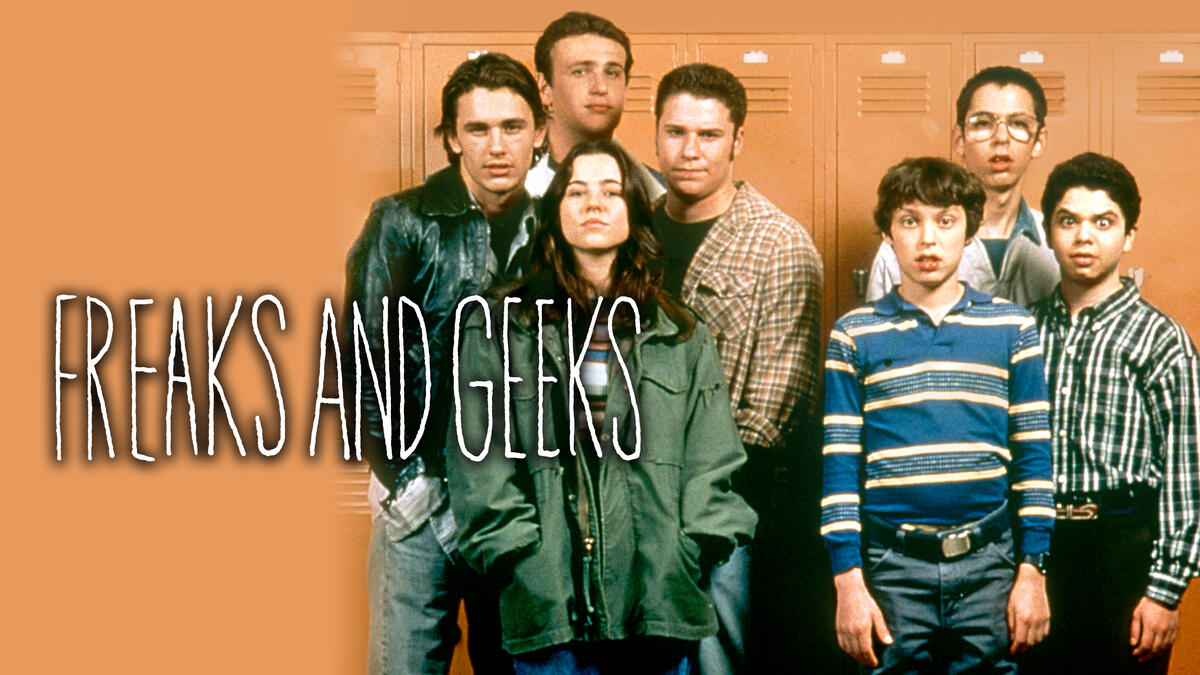 What is a Cult Classic?

A cult classic is a movie or show that may not have initially performed well at the box office or in its first couple of seasons, but was re-discovered and later gained a “cult-like” following. More often than not, these movies and shows are deemed a “flop” by critics and the general population, but their passionate fanbase keeps them alive. Many cult films have developed a subculture of viewers who spend time rewatching together and even quoting the dialogue.

Cult classics frequently touch on taboo subjects, like drugs and alcohol, violence, sexuality, and profanity, deeming them “controversial” in the eyes of critics and viewers alike. However, what makes a cult classic so impactful is its ability to help marginalized groups or “outcasts” feel seen and represented in a way they typically aren’t in mainstream Hollywood.

From edgy high school drama in Freaks and Geeks, to an intergalactic war in Space Troopers , cult classics span virtually every genre, subject, and age group. Check out our list of the best cult classic movies and shows streaming now on Hulu. 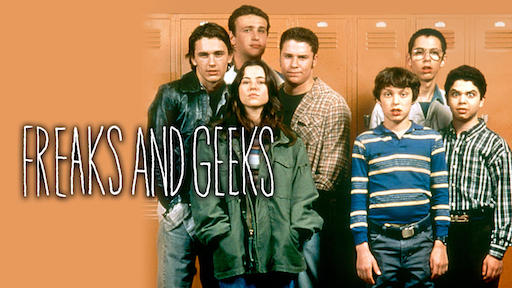 While Freaks and Geeks may not have been well-received in its debut season, it has since developed a fiercely loyal following that continues to draw new generations in.

Freaks and Geeks takes the typical high school-based show and makes it more closely resemble real life. The teen drama offers a raw and honest look at what it’s truly like to be a high school student while touching on uniquely teen issues, as well as universal issues, like identity, friendship, and romance. Plus (maybe the best part), it features young versions of some of our favorite Hollywood stars, including Linda Cardellini, James Franco, Seth Rogan, Jason Segal, and Busy Phillips. 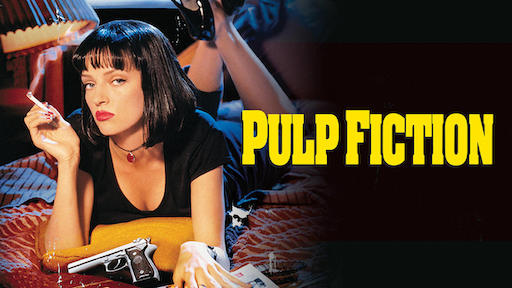 Quentin Tarantino’s Pulp Fiction defies the rules of your typical cult classic, as it was a wildly popular movie when it was released in 1994. However, what solidified the indie film’s cult status was its unconventional story structure, pop culture references, and violence that polarized audiences and critics.

The outlandish movie follows hitmen Jules Winnfield (Samuel L. Jackson) and Vincent Vega (John Travolta) who are tasked with retrieving a suitcase that was stolen from their mob boss. Along the way, their story intertwines with those of their boss and his wife Mia (Uma Thurman), a struggling boxer, a handyman, and a pair of armed robbers. 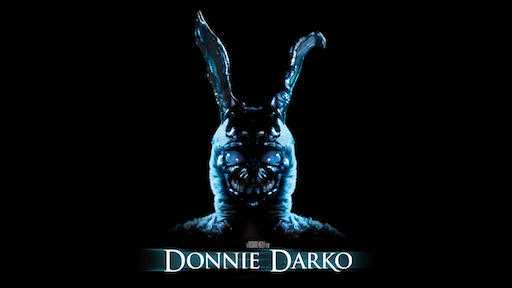 Donnie Darko’s initial release left many viewers scratching their heads, unsure of what just happened. The combination of science fiction, teen drama, and psychological thriller made the movie difficult to classify and a bit of an emotional roller coaster ride. While it received positive reviews from critics, it only grossed around $500,000 at the box office. For comparison, the top grossing movie of the same year earned $317,575,550.

Donnie Darko follows a troubled, possibly schizophrenic teenager who is being haunted by visions of a man in a creepy rabbit suit who encourages him to commit crimes. While this in and of itself is strange, the end of the movie offers a stunning twist that leaves audiences wondering what exactly they just witnessed..

Harold and Maude may be the original cult classic, and the kind of movie you can impress your friends with because it’s ~deep~. The film, whose premise features a May-December romance and features a fair bit of dark humor, was slightly off-putting to the general public, causing it to flop in its theatrical release. Soon after, the 1971 film gained popularity and solidified its status as the first ever “cult classic.”

Harold and Maude follows teenage Harold (Bud Cort) as he meets and falls in love with 79-year-old Maude (Ruth Gordon), a vibrant free spirit who doesn’t care what anyone thinks and teaches Harold how to live life to the fullest. 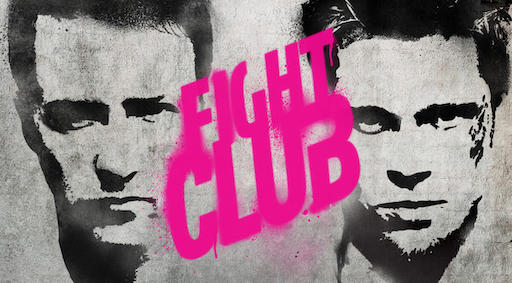 The film originally drew mixed reviews from critics, with some calling it the most controversial film of 1999. However, it gained massive popularity when it was released on VHS. After capturing the hearts of a larger audience, it was ultimately dubbed the “defining cult movie of our time” by The New York Times.

Fight Club’s narrator (Edward Norton), an office worker plagued with insomnia, finds camaraderie in a restless soap maker named Tyler (Brad Pitt), who also feels unfulfilled by his life. After a cathartic altercation, the pair decide to start an underground fight club, where they and others can let off some steam. 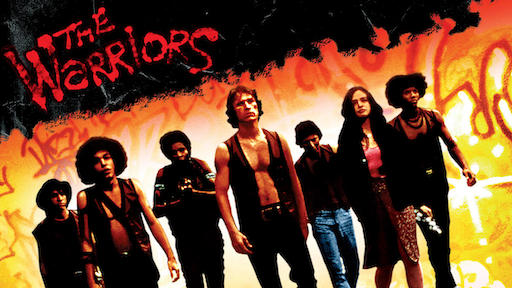 The Warriors, while being an action-packed thrill ride, depicts scenes of gang violence that viewers felt was too taboo for 1979. However, when revisited by viewers, the film was seen in a new light, beyond exploring violence, as an inspiring tale about the resilient spirit of young men with something to prove.

When powerful gang leader Cyrus (Roger Hill) is killed, the Coney Island gang called “The Warriors” is falsely accused of his murder. Now, they’re on the run, being hunted by the other NYC gangs, as well as the NYPD. 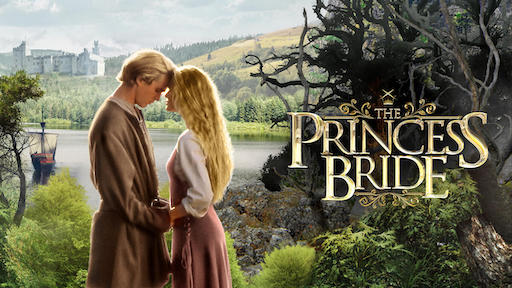 “Hello. My name is Inigo Montoya. You killed my father. Prepare to die.”

After a slow start to its theatrical release, The Princess Bride became a cult classic, with young Mandy Patinkin’s iconic line front and center. While the romance is central to the story, it’s the universally relatable characters and the close friendship of Inigo Montoya (Patinkin) and Fezzik (André the Giant) that fans fell in love with.

When a young boy (Fred Savage) is home sick in bed and asks his grandfather to tell him a story to pass the time, he chose The Princess Bride—much to the boy’s chagrin. However, just like the boy, audiences were pulled into the inconceivable magical world and heroic quests that make this movie a classic. 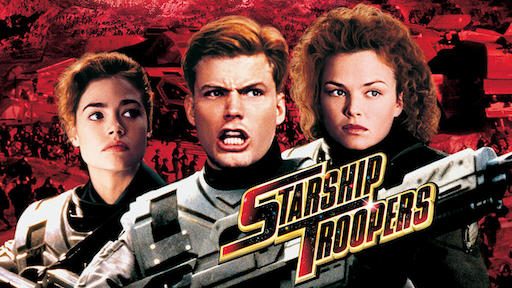 Starship Troopers was slated to be a “major blockbuster” movie (did we just date ourselves?). However, due to production decisions, poor critic reviews, and a release date that backfired, the movie didn’t perform as well as originally projected. Shortly after, when the world began to separate into polarizing political parties, viewers began to better understand (and even love) the premise of the movie.

…and seriously, who doesn’t want to watch a movie about humans living in a fascist futuristic society who wage war with giant aliens called “bugs?” 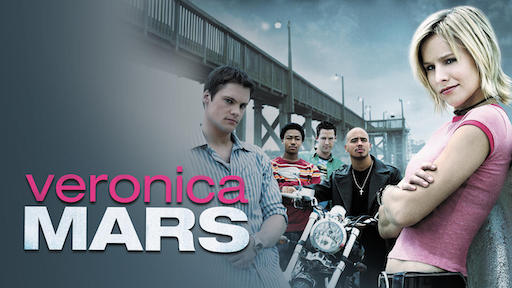 Veronica Mars didn’t get the best ratings in its initial run, and was unceremoniously canceled after just three seasons. When showrunner Rob Thomas set up a kickstarter campaign to make a Veronica Mars movie with a goal of $2 million, fans hit that goal within 12 hours. Though the show may not have seen initial success, it goes to show how much loyal fans were willing to do to keep their favorite tiny blonde detective on the case.

Firefly fans are some of the most dedicated (and passionate) in the world. Unfortunately, the show was canceled after one 14-episode season. On the plus side, it was canceled due to factors that had very little to do with the show’s content—network confusion regarding the actual premise of the show and an ineffective timeslot. While the series was taken off the air, fans remained steadfast in their love for Firefly and new fans continue to crop up each day.

Far in the future, in the year 2517, the earth has run out of resources and is forced to begin searching the universe for more. Led by captain Malcolm “Mal” Reynolds (Nathan Fillion), a bandit crew boards a spaceship and heads out into the galaxy—but they’re not alone out there. 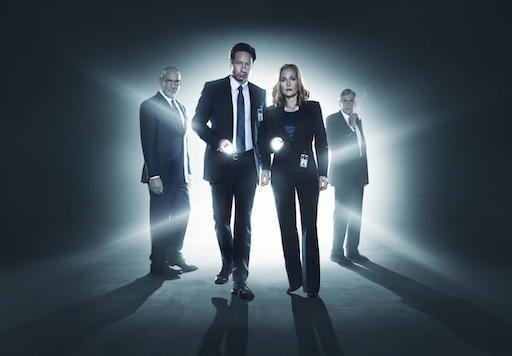 The X-Files is a bit of an unconventional cult classic with its 11-season run, but the creepy sci-fi series won its place on this list fair and square. When the show was first set to air, Entertainment Weekly dubbed it a goner. Much to the magazine’s and network’s surprise, the show regularly pulled in good numbers and defied the odds and continued to be renewed thanks to the show’s dedicated fans.

The X-Files follows FBI agents Fox Mulder (David Duchovny) and Dana Scully (GIllian Anderson), who seek out seemingly inexplicable (and slightly scary) phenomena in a quest to discover the truth. With cases involving UFOs, aliens, paranormal activity, and more, this show marries your typical cop show with a less than orthodox set of mysteries.

Arrested Development, while critically acclaimed and even on the receiving end of both EmmyⓇ and Golden GlobeⓇ Awards, had such low viewership that it was canceled after only three seasons. The show’s cult status, however, is actually due in part to the show’s untimely cancellation.

When the eccentric Bluth family’s patriarch (Jeffrey Tambor), is arrested and has all of his assets frozen, Michael Bluth, the most responsible son, is forced to step in and help his family pick up the pieces and adjust to their new budgeted lifestyle. Through hilarious comedic timing and outlandish, awkward situations, the sitcom wriggled its way into the hearts of fans and critics. 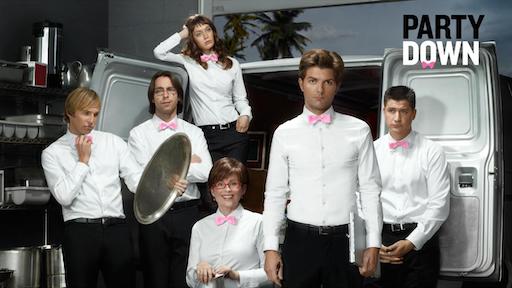 With recognizable faces, like Lizzy Caplan, Adam Scott, Ryan Hansen, Martin Starr, Ken Marino Megan Mullally, and Jane Lynch, Party Down should have been a rousing success. However, with just 13,000 viewers of the final episode, the sitcom’s two-season run was something of a flop. As luck would have it, as viewers began to rediscover the show, its popularity began to rise—so much so that a reboot is currently in production.

Party Down follows a group of Hollywood hopefuls in Los Angeles who take up work at a fancy catering company to make ends meet. Each episode tackles a different catered event, ranging from a senior citizens singles mixer to an x-rated awards show afterparty.

Interested in more well-loved movies and TV shows? Check out the best movies and best shows streaming now on Hulu.