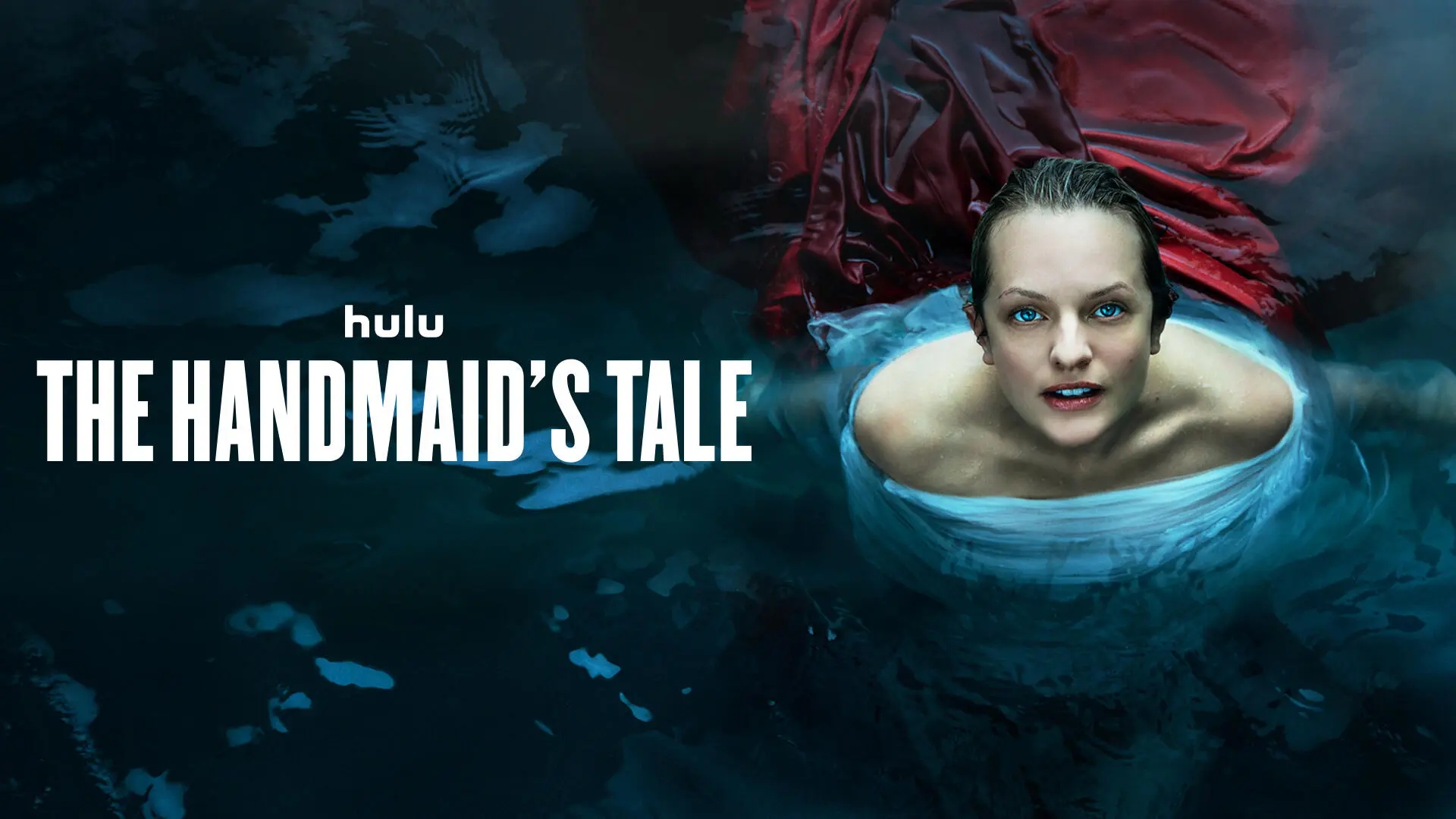 Praise be—season 5 ofThe Handmaid’s Tale is underway with new episodes dropping every Wednesday throughout the season.

If you’re a fan of Hulu’s most acclaimed original series, you probably have some questions about what’s to come this season. And, if you’re new to Gilead, it’s time to join the resistance once and for all.

We’re breaking down the must-watch episodes of The Handmaid’s Tale seasons 1–4 and discussing what’s to come in season 5.

You’ve been patiently waiting and wondering—when does The Handmaid’s Tale return?

The Handmaid’s Tale new season premieres on Wednesday, September 14, 2022, which means there’s just enough time for first-time watchers to catch up, and for fans to rewatch the series’ most pivotal moments.

All Hulu subscribers will gain access to the first two episodes of the new season on September 14. One new episode will drop each week for the remainder of the season. Read on to learn what you can expect this season and the best Handmaid’s Tale episodes to binge before the premiere.

The Handmaid’s Tale Season 5: What to Expect

…What’s going to happen to June now that she has the Commander’s blood on her hands? Is Nick remarried now? Where is Hannah?

What we do know is that season 5 will bear the consequences of June’s actions at the very end of season 4. June, Luke, and Moira continue their search for Hannah from a distance all while the resistance fights Gilead’s growing influence in Canada. And, now that Commander Lawrence and Aunt Lydia have an alliance, the two will fight to reform Gilead from the inside in light of Fred Waterford’s absence.

Let’s take a deep dive into your most burning Handmaid’s Tale questions for season 5.

Do Janine and Esther survive?

In season 5 episode 2, Esther becomes distrusting and vengeful of Janine after the handmaid’s encounter with the Putnams. In turn, Esther puts both of their lives in grave danger, and Aunt Lydia takes the emotional brunt of the situation. Will Janine and Esther pull through? Watch season 5 episode 3 to find out.

Why is Hannah wearing purple?

It didn’t take long for June to notice Hannah’s purple outfit when we see her at the end of season 5 episode 2. As we know, clothing color has significance in Gilead—handmaids wear red, wives wear blue, and marthas wear green. But what does purple mean? Nick helps June color code Hannah’s new attire in season 5 episode 3.

Who is Nick married to?

Nick’s new wife, Rose, has been teased since his brief but emotional meet up with June and Nichole in season 4. Now, we finally get to learn more about the new Mrs. Blaine in season 5 episode 3, and she seems to know a lot—specifically about June. Can she be trusted?

Does June get in trouble for killing Commander Fred Waterford?

The season 5 trailer for The Handmaid’s Tale teases an unapologetic June confessing—“I killed him, and I loved it so much”—and, as we know, murder is illegal.

She also sent Fred’s ring finger to Serena at the end of season 4, leaving fans to assume it won’t be long before Serena connects his murder to June.

Although we hear Nick refer to the area where Fred was killed as “no-man’s land” in the season 4 finale (potentially creating a legal loop-hole for June), we also watched the season conclude with June saying goodbye to Nichole, as if she knows she will face the consequences of her actions.

One thing is for sure—with Serena proclaiming “there’s no way she could’ve gotten to Fred on her own” in the season 5 trailer—this case is far from closed.

Will June get Hannah back?

If the past 4 seasons have shown us anything, it’s that June will never stop fighting to get Hannah out of Gilead. The search for Hannah was a main story arc in season 4, as June and Luke used Nick to get information from the inside. However, the storyline was left unresolved, leaving it to be continued in season 5.

Is June going back to Gilead?

If you tuned into season 4 of The Handmaid’s Tale, you probably noticed that June was struggling to adjust to her life outside of Gilead. Plus, we know from the trailer that finding Hannah will be a major focus in season 5 (and we know that June will go any length to save her daughter).

While whether or not June goes back to Gilead remains to be seen, June teases in the trailer for the new season, “they’re not going to be looking for somebody going back into Gilead”—leaving fans to speculate that she is likely at least thinking about returning.

Does June end up with Luke or Nick?

Whether you’re team Luke or team Nick, season 4 subtly shows June isn’t over the newly-coined commander, even though she’s finally reunited with her husband. Season 4 also previewed Nick’s new wedding band, indicating that he was likely forced to move on after June left Gilead.

However, the season 5 trailer shows June both kissing Nick and dancing with Luke, leading viewers to believe that June’s heart is still stuck between both worlds.

Is this the final season of The Handmaid’s Tale?

The Handmaid’s Tale has been officially renewed for a sixth and final season. There is no release date for season 6 just yet.

Feeling impatient for September 14? Watch the best of this Golden Globe® and Emmy Award®-winning series before the season 5 premiere with this list of must-watch Handmaid’s Tale episodes.

Watch how a hardworking wife, mother, and copy editor named June Osborne became Offred, a handmaid for a powerful commander. Get a glimpse into the culture and protocols of Gilead.

In this pivotal episode, Serena Joy (the wife of Offred’s commander), makes a desperate proposition that changes everything. Offred recalls the unconventional beginnings of her marriage.

The concept of Gilead is glorified to visiting world leaders. Learn about Serena’s role in the inception of the Republic.

One of the most emotional episodes yet: Serena confronts Offred and Commander Waterford. Moira (June’s best friend from childhood, now a handmaid), has a breakthrough. The handmaids unite against Aunt Lydia (more or less a handler for the handmaids).

Offred faces the consequences of her decisions and recalls the violent beginnings of Gilead. New friends attempt to help her.

Offred struggles in isolation and recalls the choices that led to her becoming a handmaid.

A power struggle between Offred and the Waterfords comes to a violent head. The Commander tries to make amends with Offred. WARNING: this episode contains content that may be extra sensitive for some viewers.

June goes to new lengths to reunite with Hannah (her daughter from her pre-Gilead life). Emily (fellow handmaid) and Nichole (June’s daughter conceived in Gilead) complete a miraculous journey. June is welcomed to her new posting.

Word spreads of Nichole’s arrival to Canada. The Waterfords make a surprising request. June finds herself in the back of a van, leading to a pivotal incident.

The Waterfords embark on a devious road trip. A return to Jezebels jeopardizes the resistance.

Tensions rise as June’s season-long efforts come to a head. Canada welcomes Gilead fugitives, but what about June?

While being held captive, the Waterfords receive impossible news that will make you gasp out loud.

June wakes up in the aftermath of a bombing in Chicago when she finds a familiar face. This is an episode we weren’t sure we were ever going to see. You’ll want to keep tissues nearby for this one.

June is face-to-face with Serena for the first time outside of Gilead, resulting in one of the most emotional and satisfying scenes of the franchise so far.

If you ship Nick and June, you’ll definitely want to watch this episode. Nick, June, and Nichole are reunited—if only for a brief moment. The search continues for Hannah, and we get to see what has been going on in Gilead.

This episode is a must-watch before starting season 5. June gets her sweet revenge at the end of the episode for a shocking season finale.

What is Handmaid’s Tale about?

The Handmaid’s Tale is set in a dystopian America ruled by the theocratic Republic of Gilead. Comprised of religious fundamentalists, this new America views women (now known as “handmaids”) as property with one sole purpose—to reproduce.

Based on Margaret Atwood’s best-selling novel, this story centers around one handmaid, June Osborne (Elisabeth Moss), and her relentless fight for freedom.

When was The Handmaid’s Tale written?

The Handmaid’s Tale was originally published in 1985, winning the Governor General’s Liberty Award. Atwood’s story was later adapted into a screenplay, an opera, and even a ballet before coming to Hulu in 2017.

How many episodes of The Handmaid’s Tale are there?