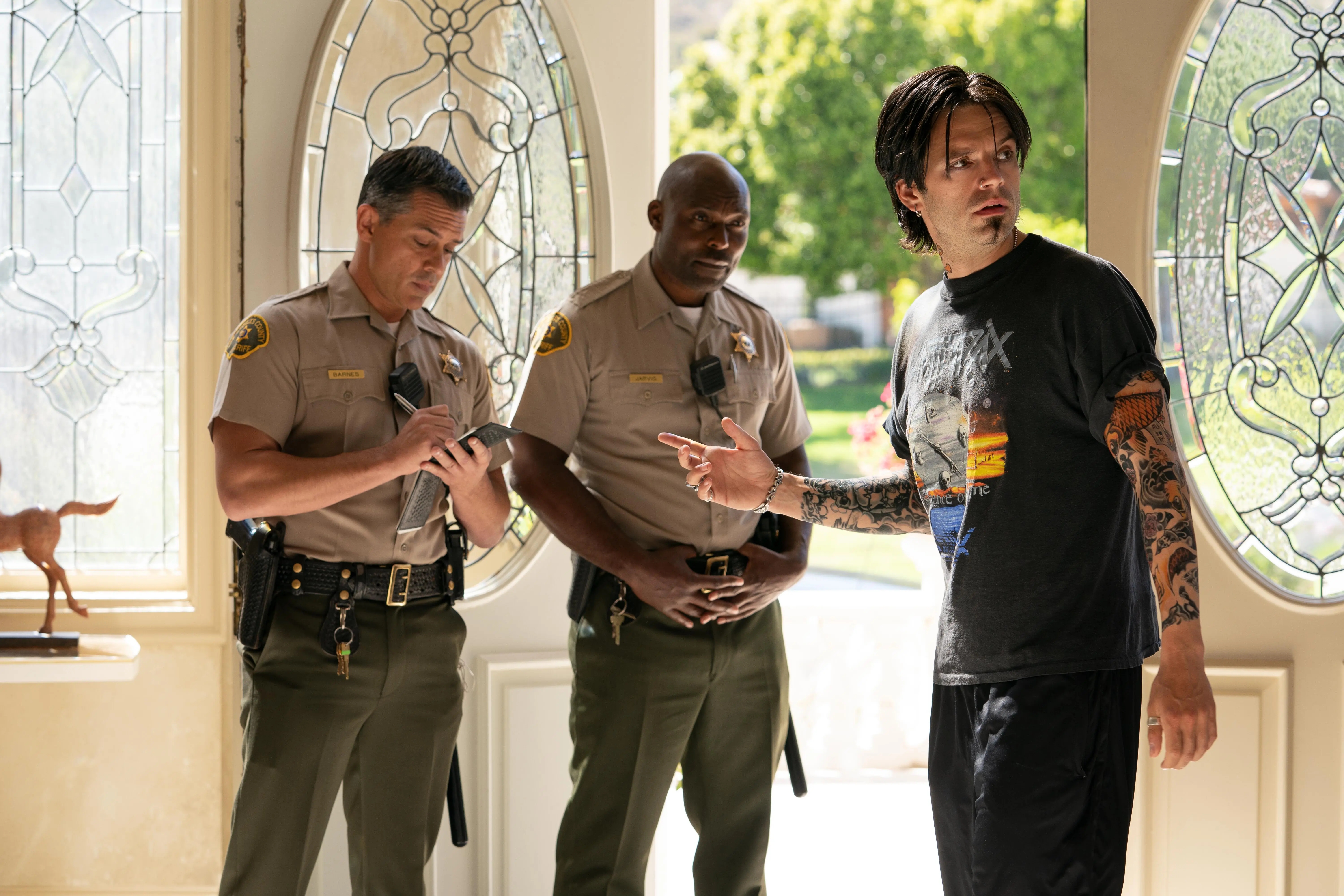 There’s no denying Sebastian Stan is becoming one of Hollywood’s most sought-after heartthrobs. Though he began acting in the ‘90s, he really burst onto the scene as America’s “bad boy” when he appeared in Gossip Girl as the infuriatingly handsome Carter Baizen.

Shortly after, he went on to play one of his most well-known roles as troubled soldier Bucky Barnes (aka The Winter Soldier) in the Captain America franchise and, most recently, starred in two Hulu originals, Fresh and Pam & Tommy.

Whether you’re new to the Sebastian Stan fan club (say that three times fast) or have been along for the ride since day one, check out some of our favorite Sebastian Stan movies and TV shows streaming now. 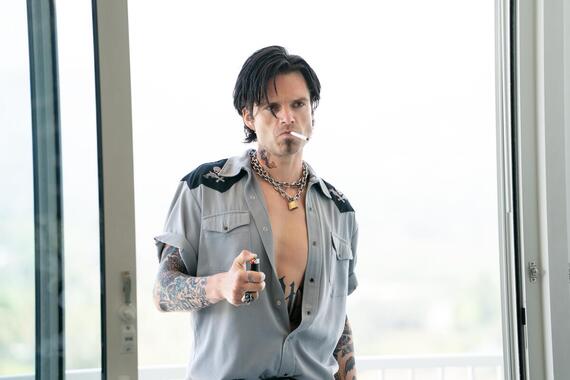 In the earliest days of the internet, before social media and streaming video, Pamela Anderson (Lily James) and Tommy Lee (Sebastian Stan) began a whirlwind romance, and the entire nation was (quite literally) watching.

When a disgruntled contractor is fired from a job at Lee and Anderson’s Malibu home, he sneaks into the house and steals a safe containing an intimate video of Pam and Tommy together. Soon, the whole world would see a video meant to be kept between the newlywed couple.

This Hulu Original miniseries gives viewers an inside look at the tumultuous aftermath of a private moment being shared with the world. 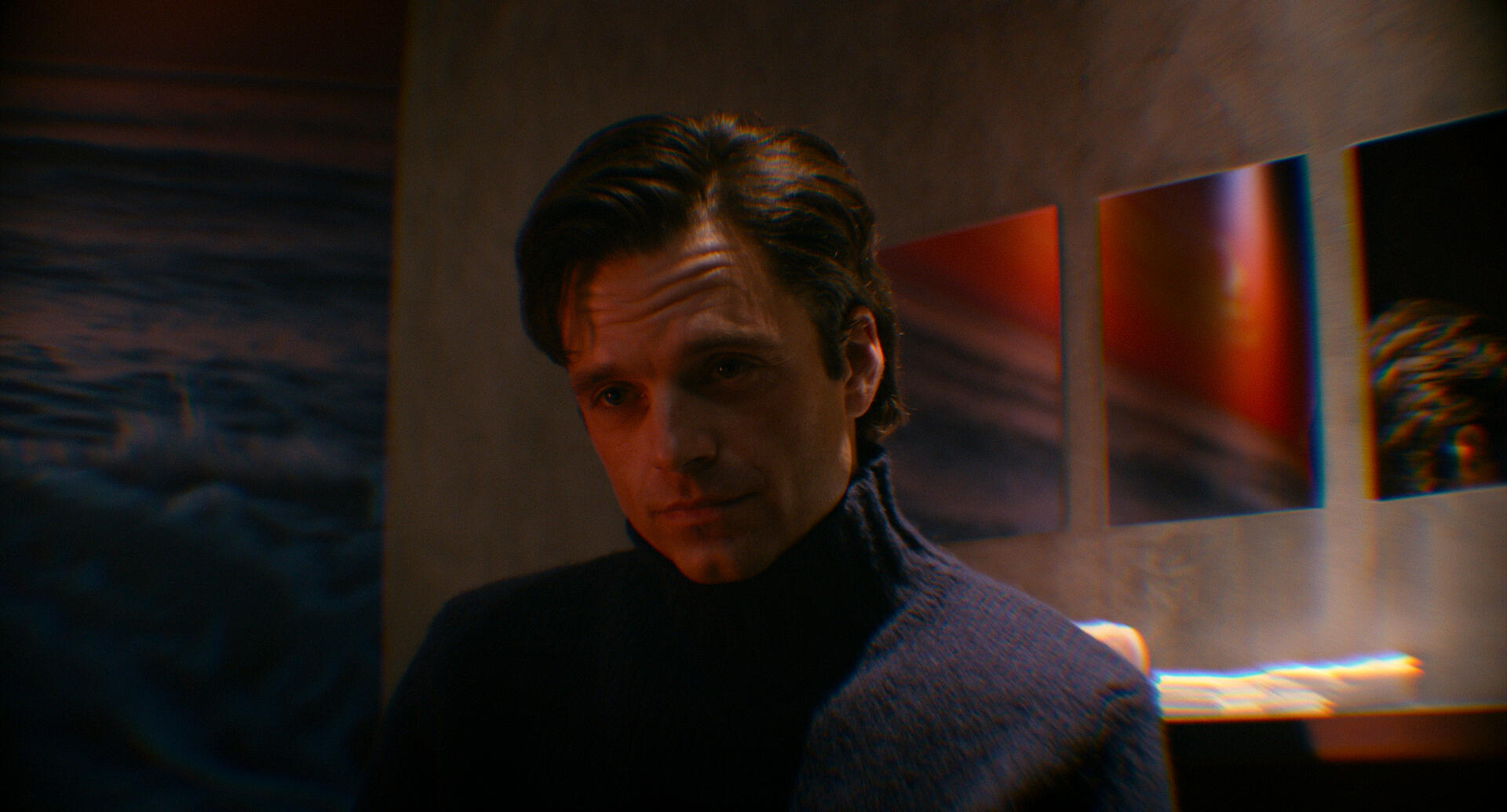 Looking for the new Sebastian Stan movie everyone is talking about? You just found it.

In what’s been called his best performance of his career, Sebastian Stan stars as Steve, an eerily charming doctor, in the Hulu Original horror film, Fresh.

Just when Noa (Daisy Edgar Jones from Normal People) finally decides to give up on men after some very bad online dates, she meets the impossibly good looking, seemingly normal Steve at the grocery store (wholesome, right?). The two immediately hit it off and, a few days later, Steve invites Noa to a weekend getaway in the woods. That’s when she learns that her new beau has an appetite for more than her love.

The Oscar®-winning biopic film follows Tonya Harding as she grows from a talented young figure skater, to an Olympian.

As a little girl from the proverbial “wrong side of the tracks,” Harding wasn’t easily accepted by the figure skating community. Regardless of her struggles, Tonya Harding made it to the 1994 National Championships, which would be her last chance to secure a spot in the 1994 Winter Olympic Games in Norway.

Enter: her abusive ex-husband, Jeff Gillooly, played by none other than Sebastian Stan. In an attempt to ensure Tonya’s place in Norway, Gillooly hatches a plan to sabotage Harding’s biggest competition, Nancy Kerrigan—and (spoiler) he succeeded. 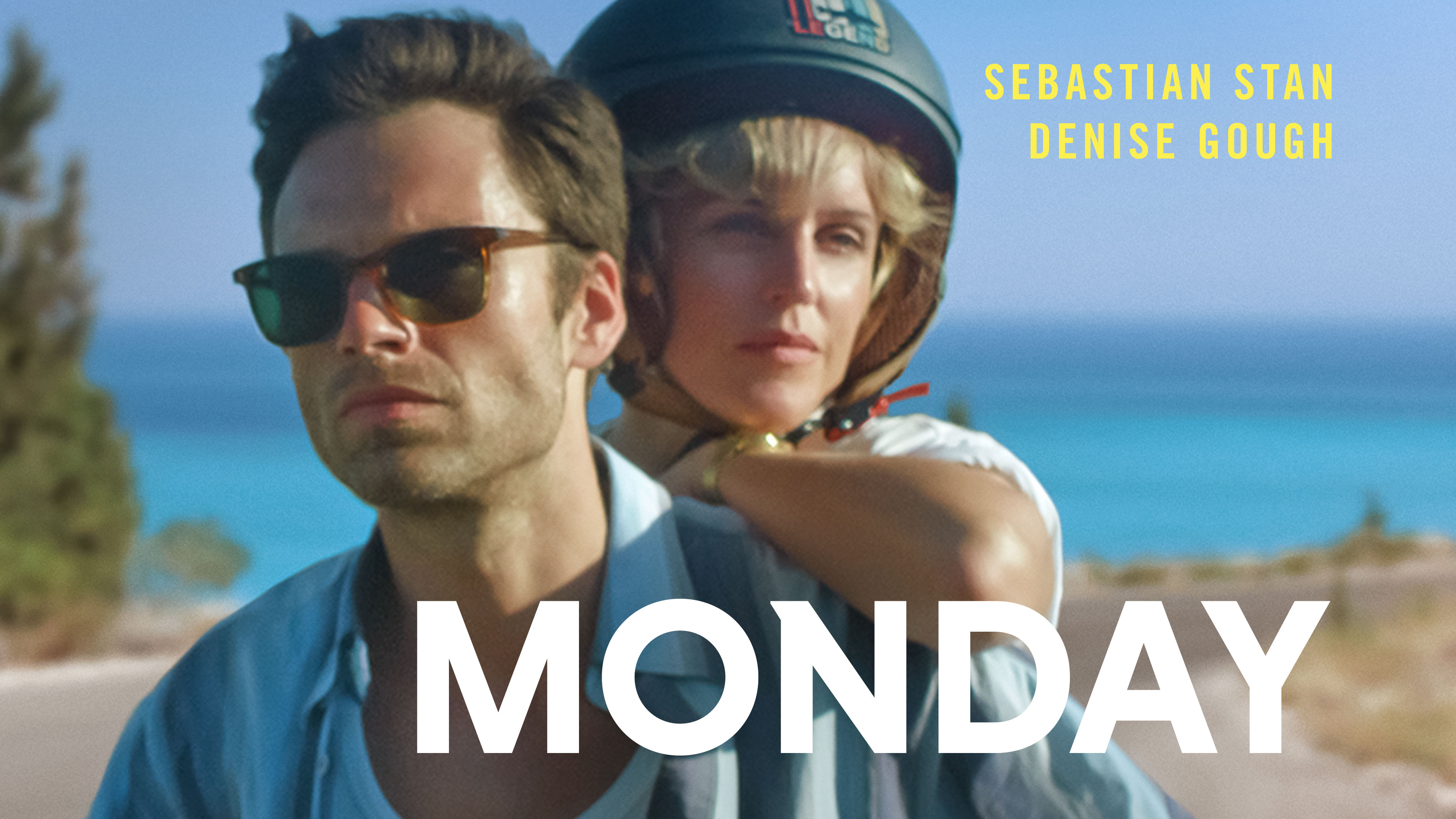 While staying in Greece, Americans Mickey (Stan) and Chloe (Gough) have an instantly palpable romantic connection. Friday night quickly turns into waking up naked on the beach to police officers the next morning—and that’s where their love affair begins.

But what happens when Monday comes and they have to go back to real life? 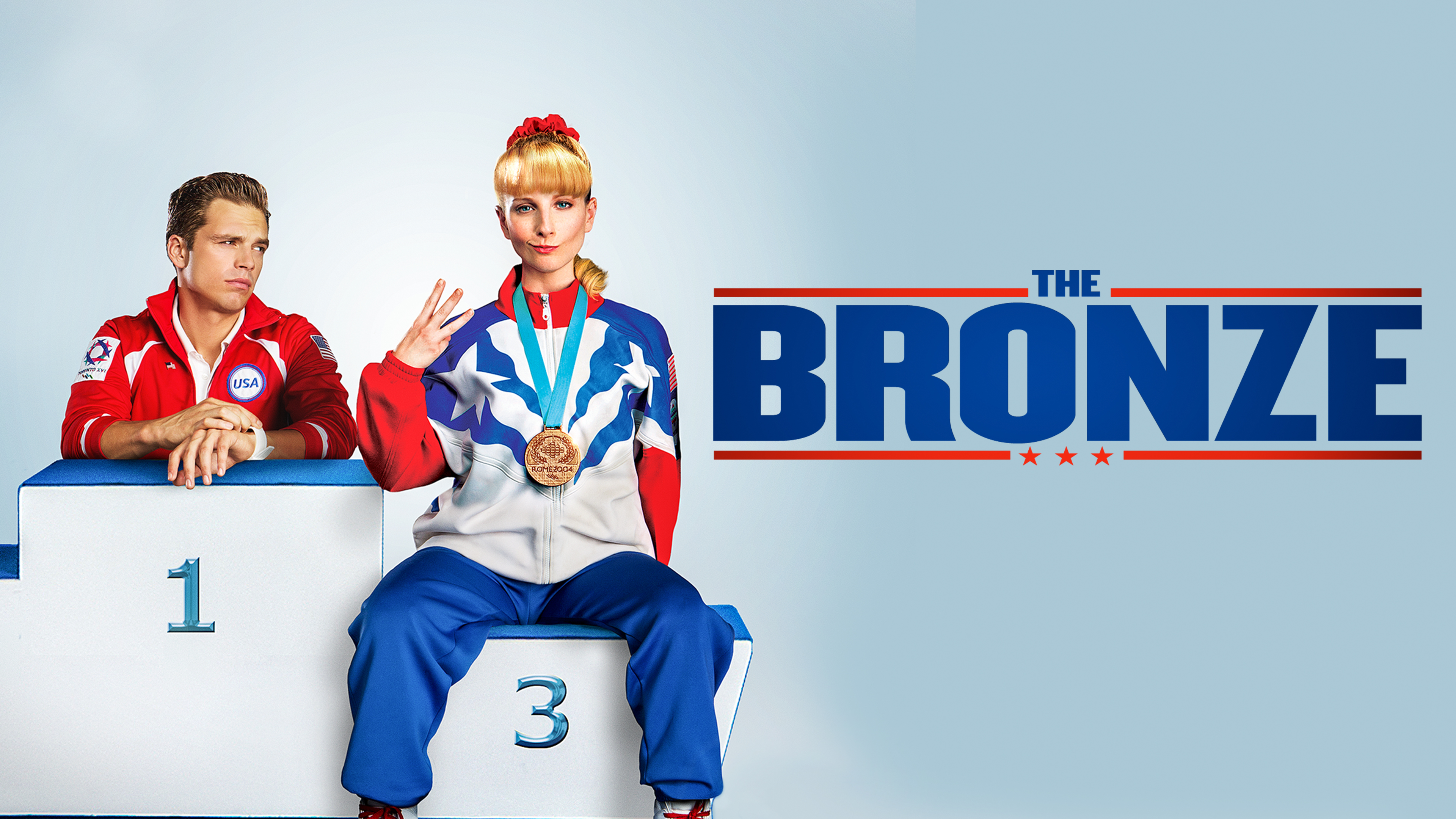 Outspoken former Olympic Gymnast, Hope Ann Greggory (Melissa Rauch), is a legend in her small town. When her former coach dies, he leaves a note asking Hope to train his next star gymnast, Maggie Townsend. If she can get Maggie to the Olympics, she’ll receive a $500,000 inheritance in return.

However, male gymnast Lance Tucker (Sebastian Stan) has other plans. Lance, who won both gold and silver Olympic medals in men’s gymnastics, has been overlooked and under appreciated—and he plans to make sure Hope feels that way too.

Discover this and more of the best sports movies on Hulu. 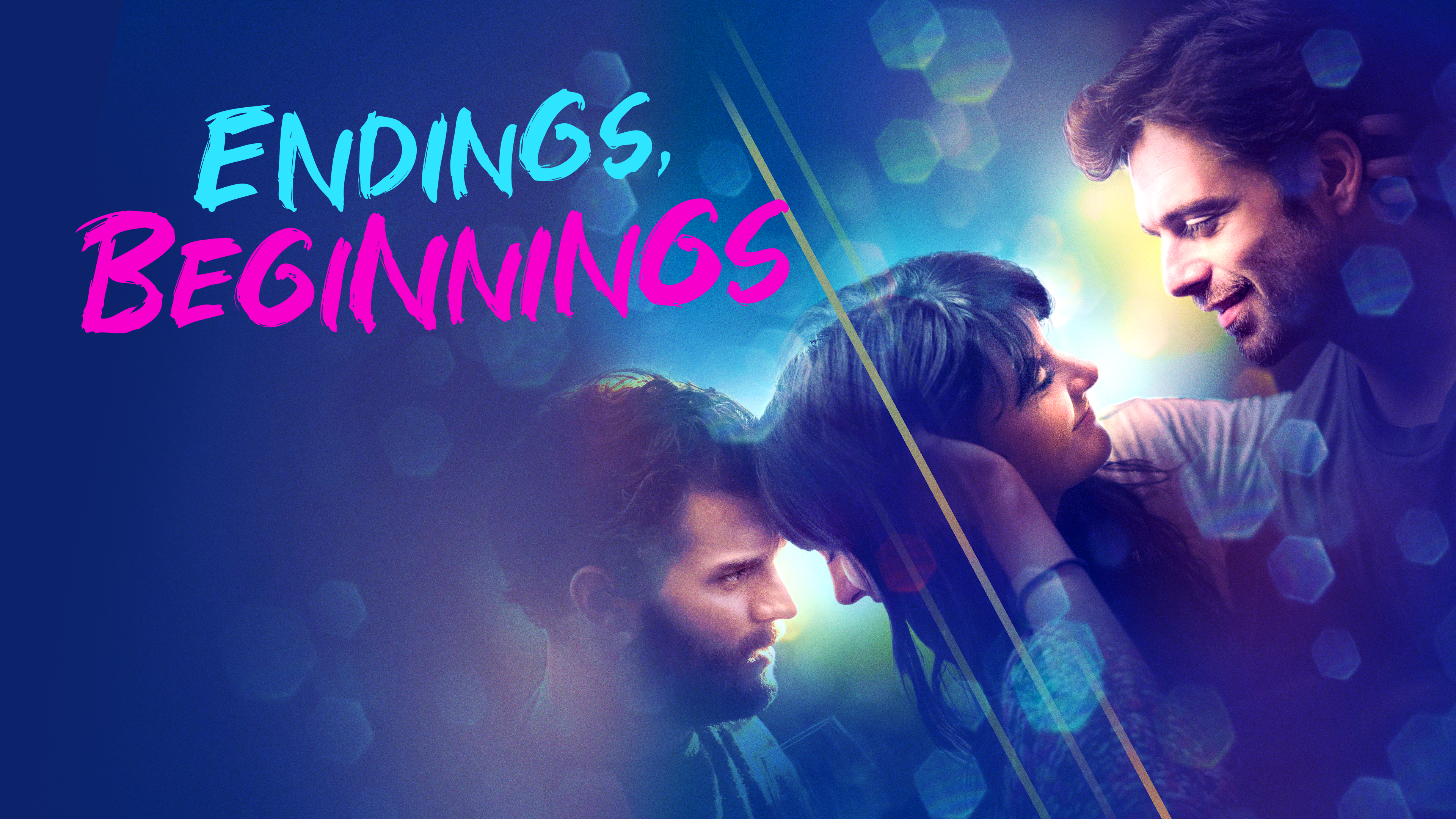 After a bad breakup with the man she thought was “the one,” Daphne (Shailene Woodley) loses her once hopeful outlook on long-term love. At her sister’s party, Daphne’s new outlook is challenged when she meets not one, but two men who she instantly feels a spark with. The only problem? The two men are best friends.

Unsure who to choose, Daphne decides not to choose. Instead, she dates both Frank (Sebastian Stan) and Jack (Jamie Dorman) as if they’re auditioning for the role of her boyfriend. What could possibly go wrong? 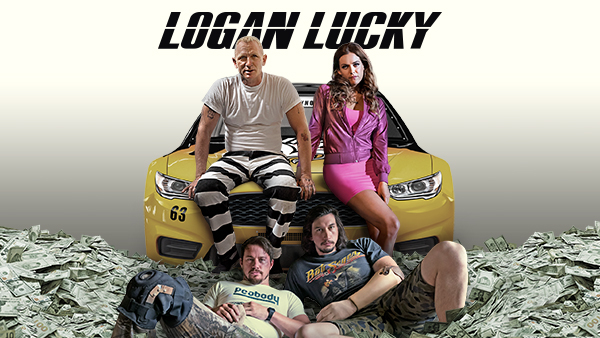 When Jimmy Logan (Channing Tatum) is fired from his construction job under NASCAR’s Charlotte Motor Speedway, he decides to rob the track using his knowledge of the underground tunnel system leading to the vault. He recruits his brother, Clyde (Adam Driver), sister, Mellie (Riley Keough), “safe-cracker”Joe Bang (Daniel Bang), and others to help. 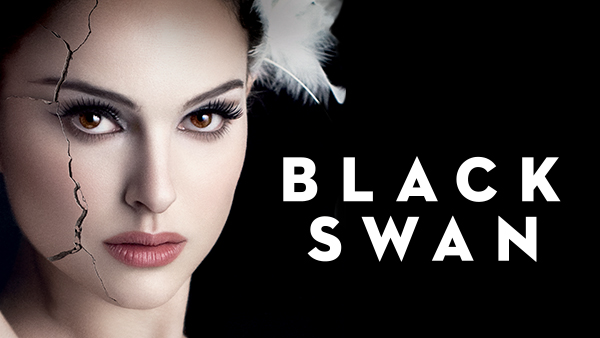 Tchaikovsky’s “Swan Lake” is one of the most iconic ballet dances in the world. For Nina (Natalie Portman), it’s her chance to be a star. When the prima ballerina spot suddenly opens up, Nina is ready to do everything it takes to land the dual roles of the White and Black Swans, and is her director’s first choice. That is, until newcomer Lily (Mila Kunis) shows up and gives Nina a run for her money.

Nina, who has been working for this her whole life, begins hallucinating, finding strange scratch marks on her back, and losing focus, while Lily only seems to be getting stronger. Are the things she’s seeing real, or is her desire to be the best driving Nina to madness?

Stan plays a supporting role as Andrew, who meets Nina and Lily at a nightclub. Stream Black Swan and more Oscar-winning movies on Hulu.

Steve Rogers, (Chris Evans) has always lived in the shadow of his best friend, James Buchanan, aka Bucky Barnes (Sebastian Stan). When Bucky joins the army and Steve is rejected, Steve volunteers for the  top secret “Project Rebirth” that turns him into Captain America.

Initially, Captain America is used to inspire hope among American citizens. However, when Bucky Barnes and the rest of the 107th infantry are in trouble, Captain America goes on a mission to save them and finds out just how powerful he really is.

*Captain America: The First Avenger is available with The Disney Bundle. Access content from each service separately.

Together, Captain America and The Black Widow set out to find The Winter Soldier—but what happens when the person you’re hunting isn’t who you expected?

*Captain America: The Winter Soldier is available with The Disney Bundle. Access content from each service separately.

After the country of Sokovia is destroyed, The Avengers are called to work as a government entity. While The Black Widow is signing the paperwork at the United Nations (UN), an explosion kills T’Chaka, Black Panther.

The explosion is believed to have been facilitated by The Winter Soldier (Sebastian Stan)—but, for the first time in a while, the Soldier is innocent. Now the Avengers have to band together to find the real culprit before the killing continues. One question remains, can the Avengers complete the mission without destroying each other in the process?

The Falcon and The Winter Soldier

In this six-part limited series, Captain America hands off his mantle to Sam Wilson, aka The Falcon. However, Sam doesn’t believe America will trust a black man behind the shield and turns down the offer. Instead, Sam Wilson teams up with Bucky Barnes (Stan) to protect the world in the wake of a global tragedy.

Watch: The Falcon and The Winter Soldier*

*The Falcon and the Winter Soldier is available with The Disney Bundle. Access content from each service separately.