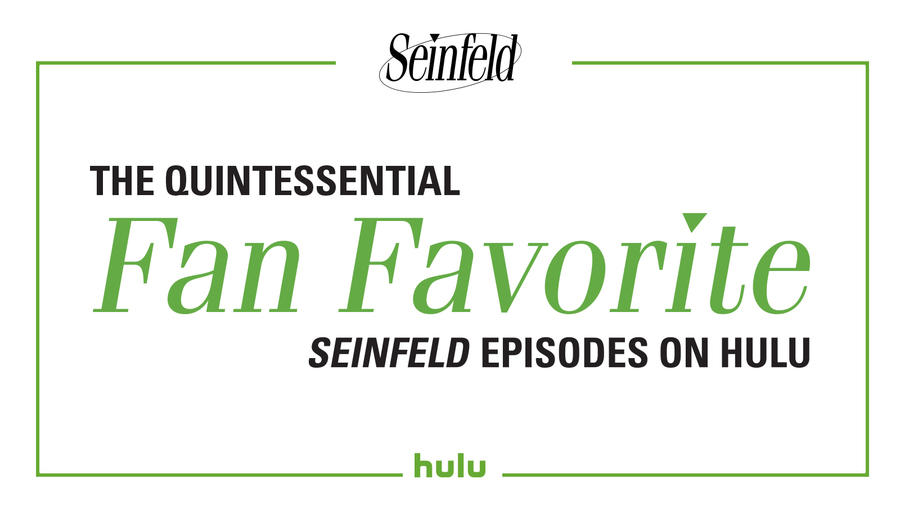 Seinfeld, it’s a show about nothing. But for a show about nothing there’s something about Jerry, George, Elaine, Kramer – and of course Newman –  that have veteran and newcomer fans alike tuning in more than twenty years after the show’s finale aired. That’s right, you, you and yada yada yada.

Today there are plenty of lists ranking all 180 Seinfeld episodes, from the best Seinfeld episodes of all time to the most underrated, and let us not forget ‘The 10 Essential Elaine Episodes’. While devoted Seinfeld fans have been debating which episodes should be named “best of” for almost two decades, we’ve decided to put an end to this bone of contention — just in time for Festivus!

Hulu Insights took a deep dive into Seinfeld viewing, pulling viewership data since June 2015 to identify quintessential, fan-favorite Seinfeld episodes. With the linear trend as a base-line for viewership, we were able to identify the following six clear Seinfeld fan-favorites — episodes showing a significant spike in viewership compared to the show’s average:

Jerry doubts his dentist’s religious conversion; Kramer and Mickey fight over a double date as Elaine undermines a couple’s chances at adoption.

Jerry challenges George, Kramer and Elaine to pool their money in a contest of self-denial. Meanwhile, an excited Elaine looks forward to her data with hunky John Kennedy, Jr.

Romance starts to blossom between George and his former college classmate Diane, after Jerry falsely tells her that George is a successful marine biologist.

While performing his comedy act, Jerry meets Keith Hernandez (as himself), the former New York Mets all-star and one of Jerry’s favorite baseball players. But Jerry finds himself competing for his new pal’s time with Elaine, who has caught Keith’s eye.

We also found that viewership of Seinfeld tends to be linear, not episodic, where by Season 3 viewership settles in and remains steady through the finale.  Whether a veteran or a newcomer fan, viewers are watching Seinfeld in the same way they would a long-form narrative program, starting at the beginning and working their way through episode by episode, season by season.

“Wait – what about the Festivus episode?” you ask? Well, although “The Strike” – which featured and popularized the holiday – did not make the fan-favorite list, viewing of the episode during the month of December increased by over 150% last year. Viewers in New York, Los Angeles, Chicago, San Francisco and Seattle were most likely to tune-in to the Festivus celebration, making up close to 25% of all episode views.

“The Strike” is also the most-watched episode of Seinfeld in the month of December, with viewers more than twice as likely to tune-in than in any other month. In fact, on December 23rd, the day of Festivus, the episode saw 17 times the number of average views than any other day during the six months prior or afterward…proving Festivus is really a “holiday for the rest of us.”

So get out your unadorned aluminum Festivus pole, prepare to air some grievances, and curl up with your favorite Seinfeld episode on Hulu. And remember – Festivus miracles do happen!