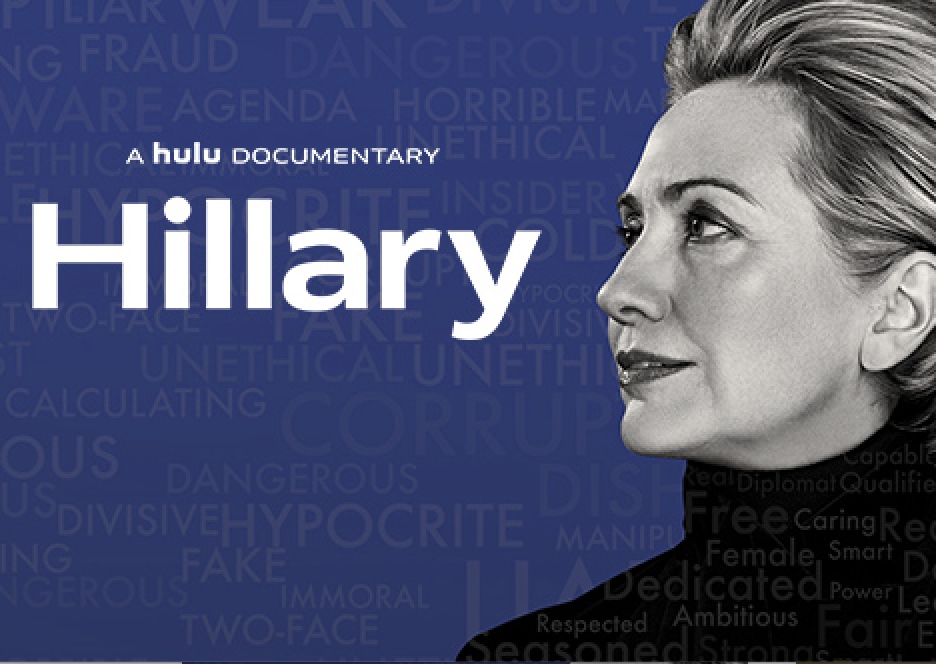 SANTA MONICA, CA [December 10, 2019] – Following Sundance Film Festival’s 2020 program release, Hulu and Propagate today announced the official premiere date for the new captivating four-part docuseries, Hillary.  Directed by Oscarâ nominee Nanette Burstein (On The Ropes), Hillary is a remarkably intimate portrait of a woman in the public eye, providing unprecedented personal access to the former First Lady and Secretary of State. Executive produced by Burstein, Howard T. Owens and Ben Silverman for Propagate, the series gives viewers an up-close view of the woman who has permeated American culture for more than 30 years and her historic presidential run.

“Hillary is a deeply personal, reflective and unflinching look at the woman who is arguably the most recognizable female political figure in history,” said Randy Freer, CEO, Hulu. “Hillary is yet another example of Hulu’s continued commitment to elevating powerful and relevant stories about the human experience and joins our growing slate of original documentaries including award-winning Minding The Gap and Ask Dr. Ruth.”

“This was a fantastic opportunity,” said director Nanette Burstein. “Secretary Clinton gave me extraordinary access to her life story, which is utterly compelling. Beyond that, given the particulars of her narrative, we were able to highlight the history of the women’s movement over the last fifty years, and especially what happens to women who aspire to take on roles traditionally inhabited by men.”

“This is a once in a lifetime opportunity for viewers to see a real, unvarnished look at the incredible career of Hillary Rodham Clinton, one of the most influential politicians in American history,” said Howard Owens, co-founder of Propagate. “Thanks to extensive interviews with Secretary Clinton, her family, friends, staff, and politicos from both sides of the aisle, this is one of the most compelling political documentaries in history. Hulu has been a terrific partner, and we look forward to doing much more together.”

Featuring exclusive interviews with Clinton herself, her husband former President Bill Clinton, Chelsea Clinton, staff, friends and journalists, the series offers revealing moments from never-before-seen 2016 campaign footage alongside biographical chapters of Clinton’s life and seeks to examine how she became at once one of the most admired and vilified women in the world.

Hulu is the leading premium streaming service offering live and on-demand TV and movies, with and without commercials, both in and outside the home. Launched in 2008, Hulu is the only service that gives viewers instant access to current shows from every major U.S. broadcast network; libraries of hit TV series and films; and acclaimed Hulu Originals like Emmy® and Golden Globe Award-winning series The Handmaid’s Tale, Emmy® Award-nominated series including The Looming Tower, The Act, Catch-22, Castle Rock, and Pen15 alongside hit series Marvel’s Runaways, Ramy, Shrill and Oscar® and Emmy®-nominated documentary film Minding the Gap. The service also streams live news, entertainment and sports from 21st Century Fox, The Walt Disney Company, NBCUniversal, CBS Corporation, The CW, Turner Networks, A+E Networks and Discovery Networks – available all in one place. Upcoming Hulu Originals include Little Fires Everywhere from Reese Witherspoon and Kerry Washington and The Dropout based on the ABC News investigative podcast and starring Kate McKinnon.

ABOUT
PROPAGATE
Founded by Ben Silverman and Howard Owens, who pioneered the global format business in the late 1990s, Propagate has offices in Los Angeles, New York and Paris. Its emerging portfolio includes “November 13: Attack on Paris” and “Haunted” for Netflix, “Lore” for Amazon, “Charmed” for The CW, “In Search Of” for the History Channel and “Planet of the Apps” for Apple. Propagate’s expanding portfolio of companies includes Electus
(“Running Wild With Bear Grylls,” “Jane the Virgin,” “Fashion Star”), Big
Breakfast (“Adam Ruins Everything”), Notional (“Chopped” food series
franchise), Hard Twenty, Incognito, and talent management firms Artists First and Authentic Talent & Literary Management. Silverman and Owens previously founded Reveille, producing hits including “The Office,” “The Tudors,” “Ugly Betty” and “MasterChef.” Silverman went on to serve as co-chairman of NBC Entertainment and form Electus. Owens served as president of National Geographic Channels.