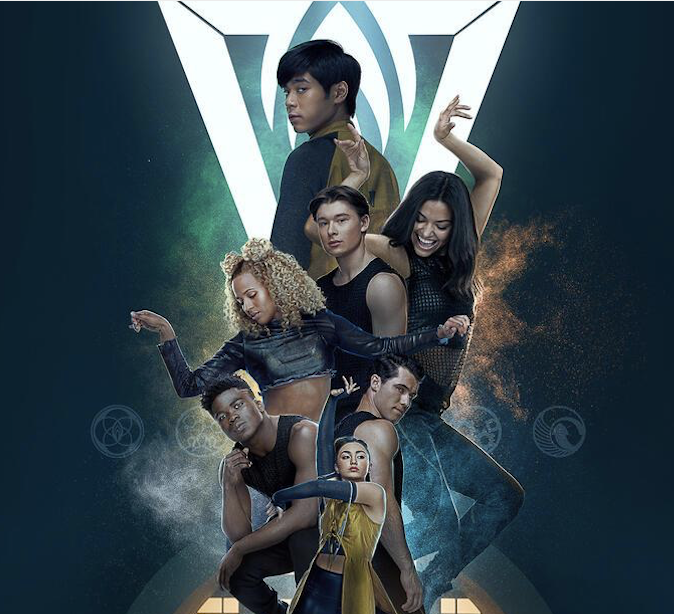 SANTA MONICA – January 9, 2020— Imagine a world with no past – only a future. Without a history, we are all equal… or are we? Hulu, in partnership with Sonar Entertainment, announced today the premiere oforiginal teen sci-fi drama Utopia Falls. Infused with music and dance, all 10 one-hour episodes of the Hulu Original series hit the streaming service on February 14.

Set in the not-too-distant future, amidst the charred ruins of Earth, Utopia Falls follows a group of teens chosen to compete in the prestigious Exemplar performing arts competition in the seemingly idyllic colony of New Babyl. When they stumble upon a hidden archive of cultural relics, they are forced to question everything they have been taught, ultimately using the power of music to ignite change and expose the truth. Showcasing a variety of musical genres and dance styles (Hip Hop, Pop, Latin, House, Classical, Indigenous, among others), and featuring themes of afrofuturism, youth activism, and eco-awareness, Utopia Falls is the first ever performance based sci-fi series for culturally diverse and socially and politically minded young audiences.

All episodes of Utopia Falls will also be available to stream on the CBC Gem streaming service in Canada beginning February 14.

Hulu is the leading premium streaming service offering live and on-demand TV and movies, with and without commercials, both in and outside the home. Launched in 2008, Hulu is the only service that gives viewers instant access to current shows from every major U.S. broadcast network; libraries of hit TV series and films; and acclaimed Hulu Originals like Emmy® and Golden Globe Award-winning series The Handmaid’s Tale and The Act, Golden Globe Award-winning series Ramy, Emmy® Award-nominated series including The Looming Tower,  Catch-22, Castle Rock, and Pen15 alongside hit series Marvel’s Runaways, Dollface, Shrill and Oscar® and Emmy®-nominated documentary film Minding the Gap. The service also streams live news, entertainment and sports from 21st Century Fox, The Walt Disney Company, NBCUniversal, CBS Corporation, The CW, Turner Networks, A+E Networks and Discovery Networks – available all in one place. Upcoming Hulu Originals include Little Fires Everywhere from Reese Witherspoon and Kerry Washington and The Dropout based on the ABC News investigative podcast and starring Kate McKinnon.

Sonar Entertainment is a leading independent entertainment studio that develops, produces, finances and distributes content for global audiences. Our financial strength and independence provides us with the freedom to fund development and productions on a global scale and partner with the most innovative storytellers in the industry. Sonar Entertainment premium series include Hunters, starring Al Pacino and executive produced by Jordan Peele for Amazon; Mr. Mercedes, written by David E. Kelley, based on the novel by Stephen King, for AT&T Audience Network; and The Mysterious Benedict Society, produced with Disney TV Studios’ 20th Century Fox TV for Hulu. Sonar Entertainment also distributes internationally, outside the UK, Taboo, for BBC One, starring Tom Hardy and executive produced by Ridley Scott; and outside Australia, Les Norton, starring Rebel Wilson for Australian Broadcasting Company. Kids and family series include Alien Xmas, executive produced by Jon Favreau for Netflix; Utopia Falls for Hulu and CBC Gem; and Go Away Unicorn! airing on Disney and YTV. Factual and lifestyle series include Texas Metal for Motor Trend, My House Is Your House for HGTV and Farmhouse Facelift for HGTV Canada. In addition, Sonar Entertainment distributes over 1,000 award-winning library titles comprising over 3,000 broadcast hours.