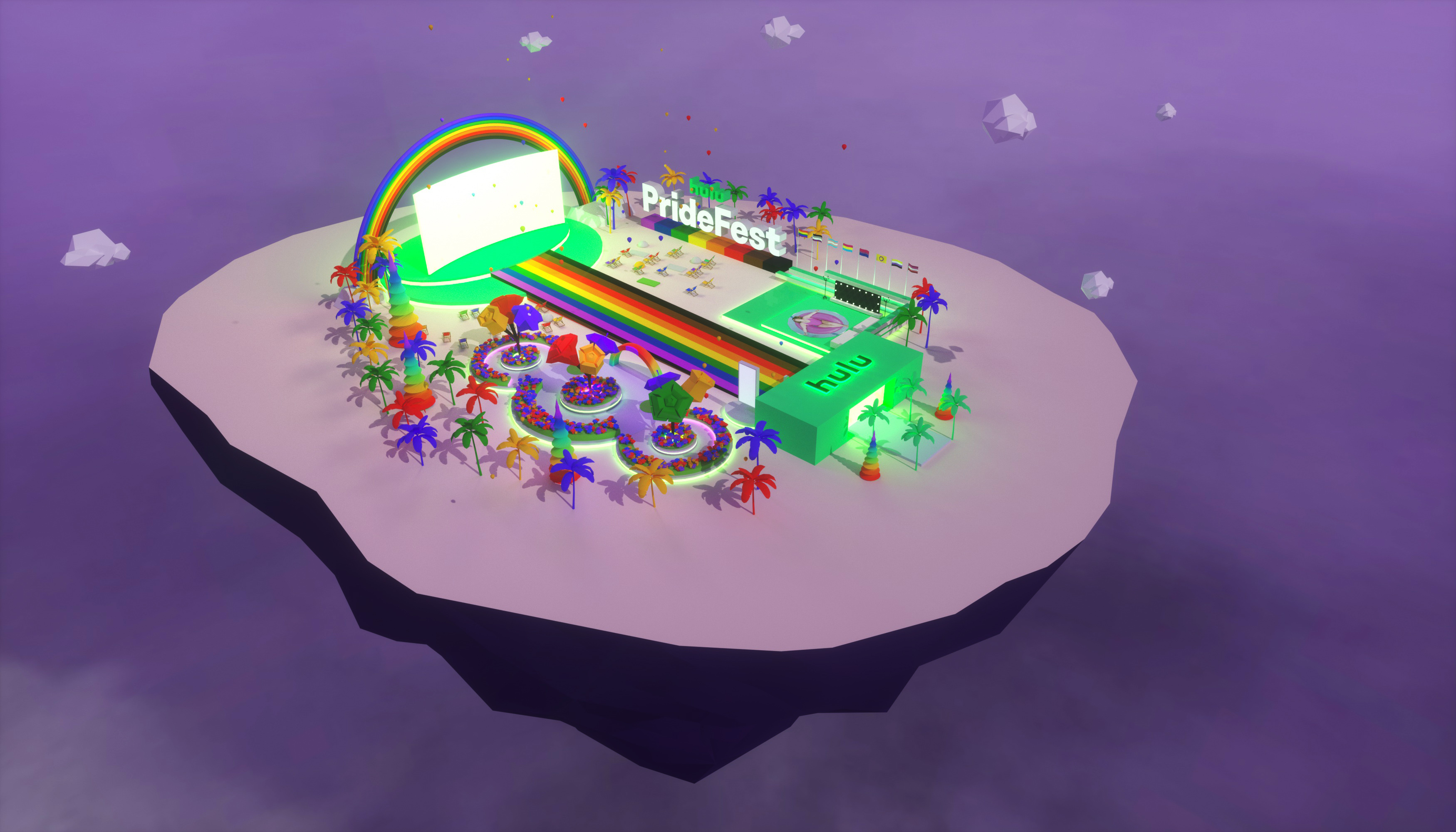 With many festivities cancelled or postponed, Pride Month looks a little different this year. To keep the spirit of Pride alive, and commemorate the 50th anniversary of the first Pride march, Hulu is celebrating with its first-ever virtual PrideFest and fresh new content in Hulu’s LGBTQ+ hub.

The one-day Hulu PrideFest event, hosted on June 28th, is an immersive digital experience that will allow users to virtually connect and enjoy exclusive music, dance, and spoken word performances and programming throughout the day. Both Hulu subscribers and non-subscribers, can visit the free festival at www.hulupridefest.com.

Upon arrival, guests will enter “The Green Room,” where they will have the option to create their own fully customizable avatar. Avatars can be customized with a drag wig or outfit patterns including ferris wheels (Love, Victor), crowns and swords (The Bravest Knight), “Bonkers” the dog (Shrill), and basketballs (Defining Moments with Ozy: Jason Collins).

Guests can then proceed to “The Main Stage” to view Hulu content and interact with talent in a live festival environment. The day’s lineup includes DJ sets from artists like Coco & Breezy who will premiere a brand new single “Convo” (out 6/26), musical performances by singer/songwriter Daya, Alex Newell (Glee) and VINCINT, a spoken word session by Lee Mokobe and a dance performance on the “History of Voguing” by House of Ebony. Visitors can also attend an “Out in Sports” panel with U.S. Women’s National Soccer Team co-captain Megan Rapinoe, transgender boxer Pat Manuel, and Jason Collins, the first openly gay active player in one of the four major sports leagues.

Hulu’s PrideFest also features experiences like a flower field where guests are encouraged to plant their own virtual flowers in a community garden with inspiring or supportive messages. Attendees will also have the ability to donate to the ACLU, an organization that fights for racial justice and LGBTQ+ rights, by clicking through to the ACLU website.