More than just a study on an influential subset of viewers, “Generation Stream” is Hulu’s commitment to deeply understanding the power and impact of the streaming movement and the generation of TV viewers reshaping how we watch TV.

Over the course of the next few months, Hulu will unveil behaviors and motivations behind TV consumption, uncover trends that inform future behaviors, and reveal how to connect in meaningful ways with content, brands, and advertising.

“Diving into the experiences and moods of Generation Stream further cements streaming TV as a foundational part of a viewer’s day.  The insights in this report uncover what inspires and moves this audience, so that Hulu and our partners can connect with them in meaningful ways, with content, brands and advertising,”said Julie DeTraglia, Head of Research & Insights at Hulu. “By exploring this coveted audience, who has been watching TV in a streaming environment for over a decade, ‘Generation Stream’ helps us understand the why, who and how of streaming TV viewers, and will continue to do so in the coming reports.” 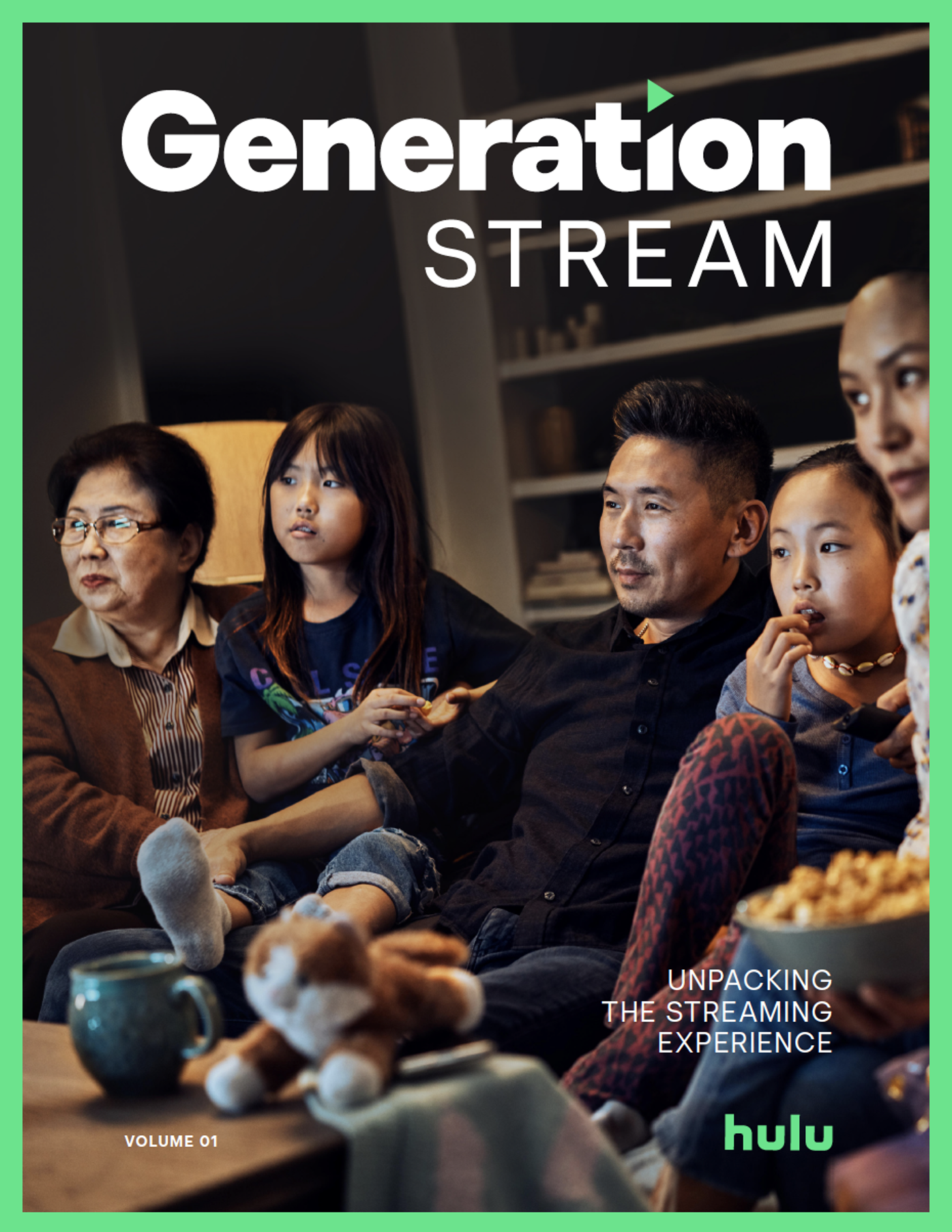 Looking at Generation Stream specifically, we also learned that there are three key definitions for their viewing: Stream Only, Stream Most and Stream Also.

Hulu’s Generation Stream Hub is available for more information including impactful content including videos, Q&As with culturesetters, and downloadable reports.