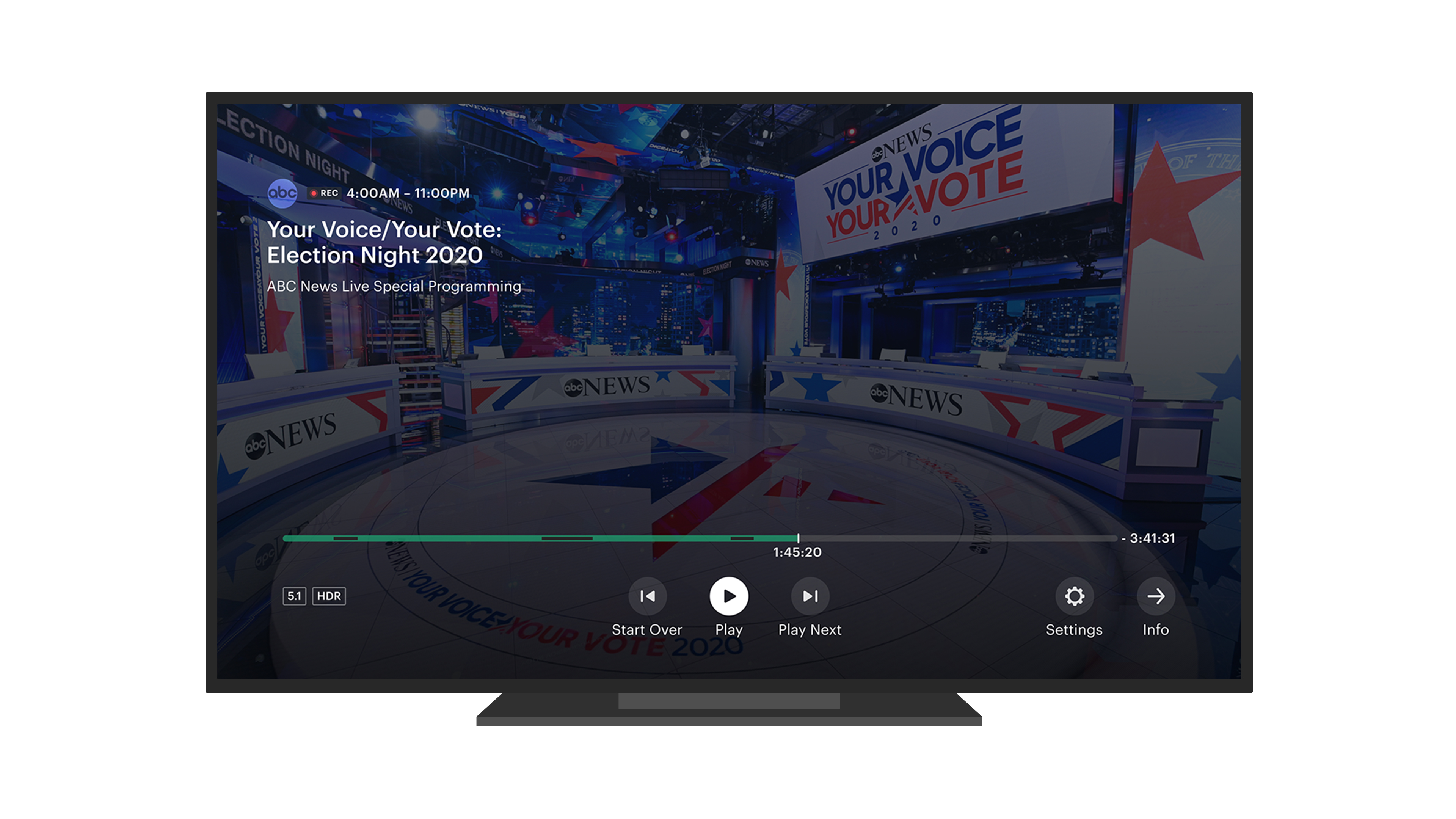 Election Night (11/3) broke records on Hulu and ranked as the most watched event ever on Hulu + Live TV with over 65% of our overall Hulu + Live TV subscribers tuning in.

Hulu’s continued efforts around Election 2020 included opening access to live election coverage — for both the debates and Election Night — to viewers on the Hulu and Hulu (No Ads) plans at no additional cost as well as enabling a test of Hulu Watch Party for ABC News’ “Election 2020” live coverage.

Here are some additional trends we saw on Hulu throughout the full 5 days of Election Night coverage (“Election Week,” 11/3-11/7):