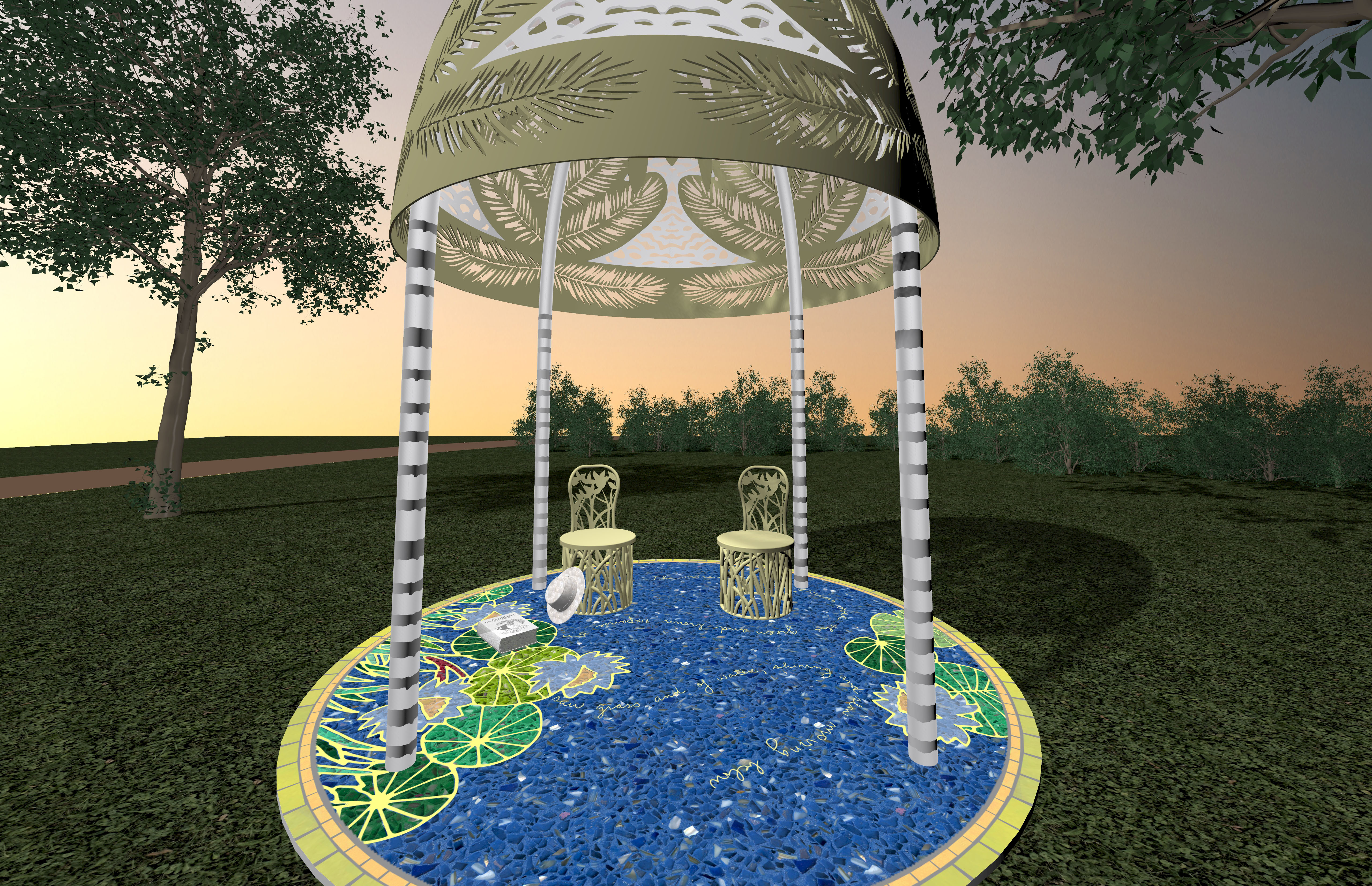 SANTA MONICA, Calif. (May 17, 2021) – After uncovering the shocking statistic that fewer than 8% of all statues in the U.S. are of women, Hulu launched its “The Shape of History” campaign prior to the season three premiere of The Handmaid’s Tale. While the activation helped to illustrate the issue of gender inequality with temporary exhibits of mirrored female statues to balance the number of female statues with those of males in four U.S. cities — the one day activations were not enough.

“Despite the tremendous contributions that women have made throughout U.S. history, they are still widely underrepresented in public monuments throughout the country,” said Kelly Campbell, President of Hulu. “Now more than ever, it is crucial to acknowledge and celebrate the achievements of women and other underrepresented groups and Hulu is proud to play a meaningful role in doing so.”

For the past two years, Hulu has worked closely with Saya Woolfalk, a Brooklyn-based artist, to design and bring the project to life. The three monuments will be donated to each city’s permanent public art collection and will serve as a place of pilgrimage to celebrate women’s contributions. The physical details of each piece of artwork will be customized to each woman.

“Through our conversations, it became clear that Hulu really wanted to support something that was part of the public collection,” Woolfalk says. “These are women who did not let what people imagined they were limit who they became, and so I want them to be presented as incredibly limitless individuals through these monuments.”

Through Made by Her: Monuments, Hulu is taking a small but powerful step towards greater gender balance as it highlights the impact of three unforgettable women.

Beginning this summer, the Marjory Stoneman Douglas and Coretta Scott King monuments will be unveiled to honor each woman’s legacy and inspire future generations to have their own impact on history. The Ruth Bader Ginsburg monument will be unveiled in early 2022. All monuments have the official support of each woman’s estate along with community and government leaders.

“Throughout her very eventful 108 years, MSD fought many battles: for women’s rights, civil rights, and environmental rights,” said Cristina Favretto, Head of Special Collections, University of Miami Libraries. “She had patience, tenacity, and wit, but best of all she had the ability to inspire and motivate those around her. In other words: she was a leader.”

“Marjory Stoneman Douglas was a trailblazing advocate for women’s rights and environmental conservation. She was the ‘Mother of the Everglades,’ so it is only fitting that she is memorialized with a statue in her beloved Coconut Grove as a reminder to current and future generations the importance of fighting for what you believe in,” said Miami City Commissioner Ken Russell.

The Coretta Scott King monument, located at the King Center in Atlanta right by Martin Luther King, Jr’s eternal flame, will feature a beautiful, hand-crafted sculpture of microphones on a mosaic tile plinth. Visitors will be reminded of the power of their own voices, and will have the opportunity to speak into the sculpture and have their own words amplified.

“I am thrilled that my mother, Coretta Scott King, and other great women who have made positive impacts on American history are being recognized,” states Dr. Bernice A. King, CEO, The King Center. “As the visionary and founder of The King Center, it is only fitting that this public monument be housed at the institution that she birthed and the site of her final resting place. Many people may not know that when my father, Dr. Martin Luther King, Jr., was assassinated, he was one of the most hated men in America. It is because of my mother’s tireless efforts that he is now globally celebrated for his nonviolent movement and is honored with a holiday. She has earned this recognition, as have Marjory Stoneman Douglas and Supreme Court Justice Ruth Bader Ginsburg.”

“The legacy of Coretta Scott King cannot be overstated. Mrs. King, along with countless other women, are the unsung heroes of the Civil Rights Movement,” said Atlanta Mayor Keisha Lance Bottoms. “We are thankful to Hulu and artist Saya Woolfalk for providing this thoughtful remembrance for one of history’s greatest women.”

The monument inspired by Ruth Bader Ginsburg will honor her commitment to gender equity and equal justice under the law. The site at Van Nuys Civic Center in Los Angeles was selected for a wide range of reasons, each of them connected to Justice Ginsburg’s passions, leadership, and background: it’s situated close to the courthouse and public library, in the center of what was once a center of local Jewish communal life. In collaboration with Council President Nury Martinez, the Mayor’s office will work to activate this important space for all Angelenos to enjoy for generations to come.

“The family of Justice Ginsburg is pleased and honored that our mother and grandmother will be included in the three new Made By Her permanent monuments to historic women,” said Justice Ginsburg’s daughter, Jane Ginsburg and granddaughter, Clara Spera. “We are delighted that the organizers have selected the Van Nuys Public Library as the site for her piece of this important public art project; given the formative role she credited to public libraries in her childhood, we are sure that she would have been proud of the location for this recognition of her achievements.”

“Ruth Bader Ginsburg was a giant of the fight for justice and civil rights — a jurist who knew the power of the law to secure opportunity for girls, equity for women, and a better, fairer country for all of us,” said Los Angeles Mayor Eric Garcetti. “Los Angeles strives to follow in her footsteps and honor her legacy every day, and I could not be prouder to work alongside Council President Nury Martinez to give Justice Ginsburg her rightful place in the pantheon of great Americans, with a monument to her legacy of empathy, integrity, and service.”

To learn more about Made by Her: Monuments including exact unveil dates for each monument, behind-the-scenes images and video and other content from the project, visit MadebyHer.Hulu.com.