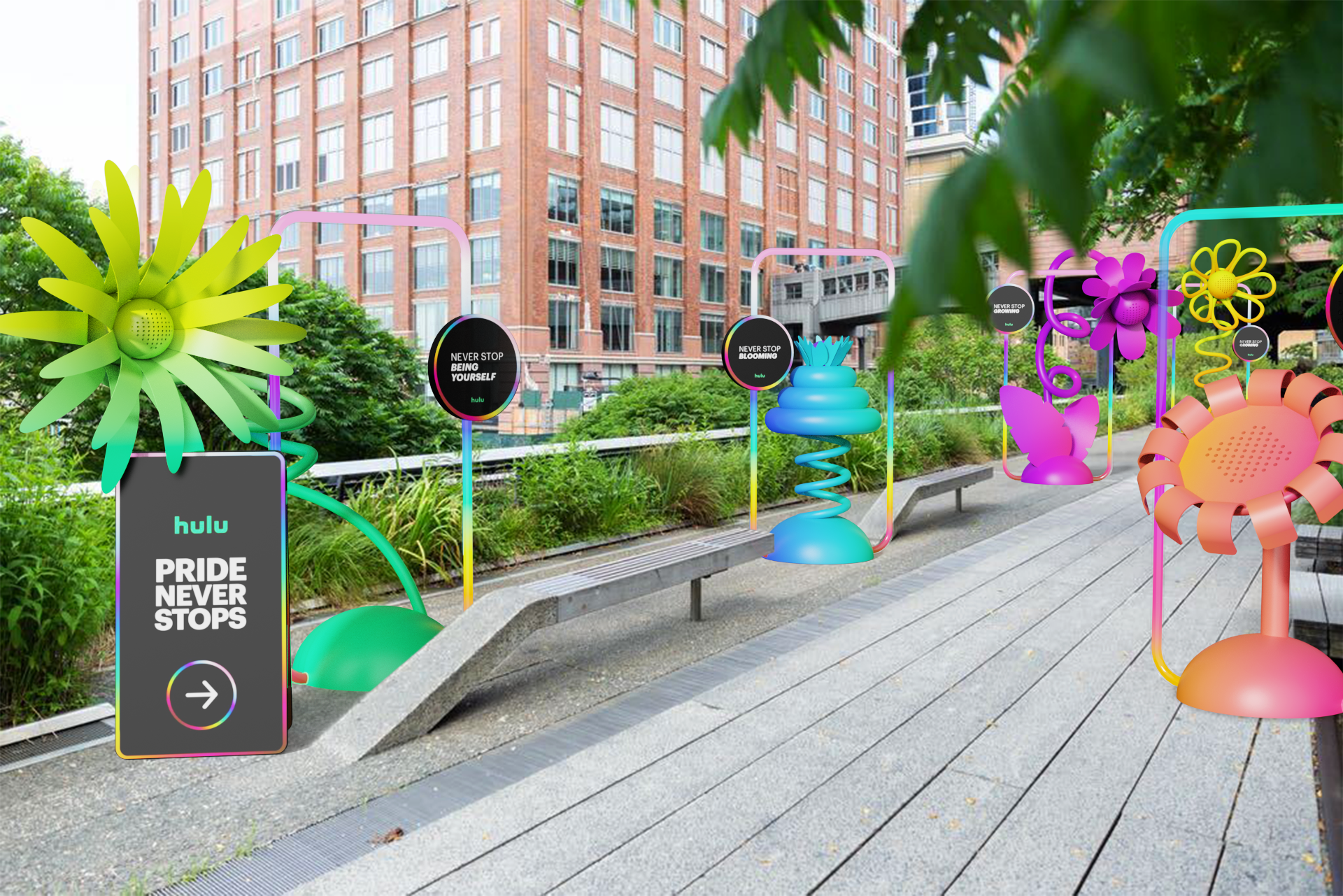 Two years ago, Hulu launched a “Pride Never Stops” campaign as a pledge to support and amplify LGBTQ+ voices year-round. In the face of the pandemic in 2020, Hulu continued this promise with its first ever PrideFest, an immersive digital experience that allowed visitors to connect over music, dance, and spoken word performances in a virtual environment.

Now, as the country continues to reopen and in-person celebrations return, Hulu is proud to expand upon its commitment to “Pride Never Stops” by installing six to seven foot-tall flower sculptures along the High Line in New York City. The four-day activation running from June 24th to June 27th, will feature voice recordings in the flowers from prominent LGBTQ+ artists, creators, and activists including Love, Victor showrunner Brian Tanen and Changing the Game producer Alex Schmider who will be sharing words of hope, encouragement and inspiration.

QR codes will be attached to the six flower sculptures, which visitors can scan to enter a microsite and create a virtual flower to dedicate to a loved one. For each virtual flower created, Hulu will donate $15, up to $100,000 in total, to be  split equally across four community organizations: The It Gets Better Project, GLSEN, Family Equality, and Point Foundation. While the activation takes place in New York City, people can participate from wherever they are by visiting hulupride.com. Visitors can create virtual flowers that prompt a donation from Hulu, beginning June 24th*.

As part of its ongoing commitment to tell diverse stories, Hulu is honoring Pride month with new content and collections in the evergreen LGBTQ+ Hub, including new Hulu Original Film Changing The Game, a timely documentary that follows the lives of three high school athletes and their unique paths as transgender teens. The permanent hub will be updated throughout the month with new content premieres like Season 2 of Hulu Original Series Love, Victor on June 11th, new series Rurangi on June 14th and the film The Obituary of Tunde Johnson on June 15th. Additionally, the two new 2021 collections, “Trans Stories” and “Multicultural Stories,” will be prominently featured in the Pride Hub throughout June to shine a spotlight on underrepresented members of the LGBTQ+ community.

Photo by Rowa Lee courtesy of the High Line