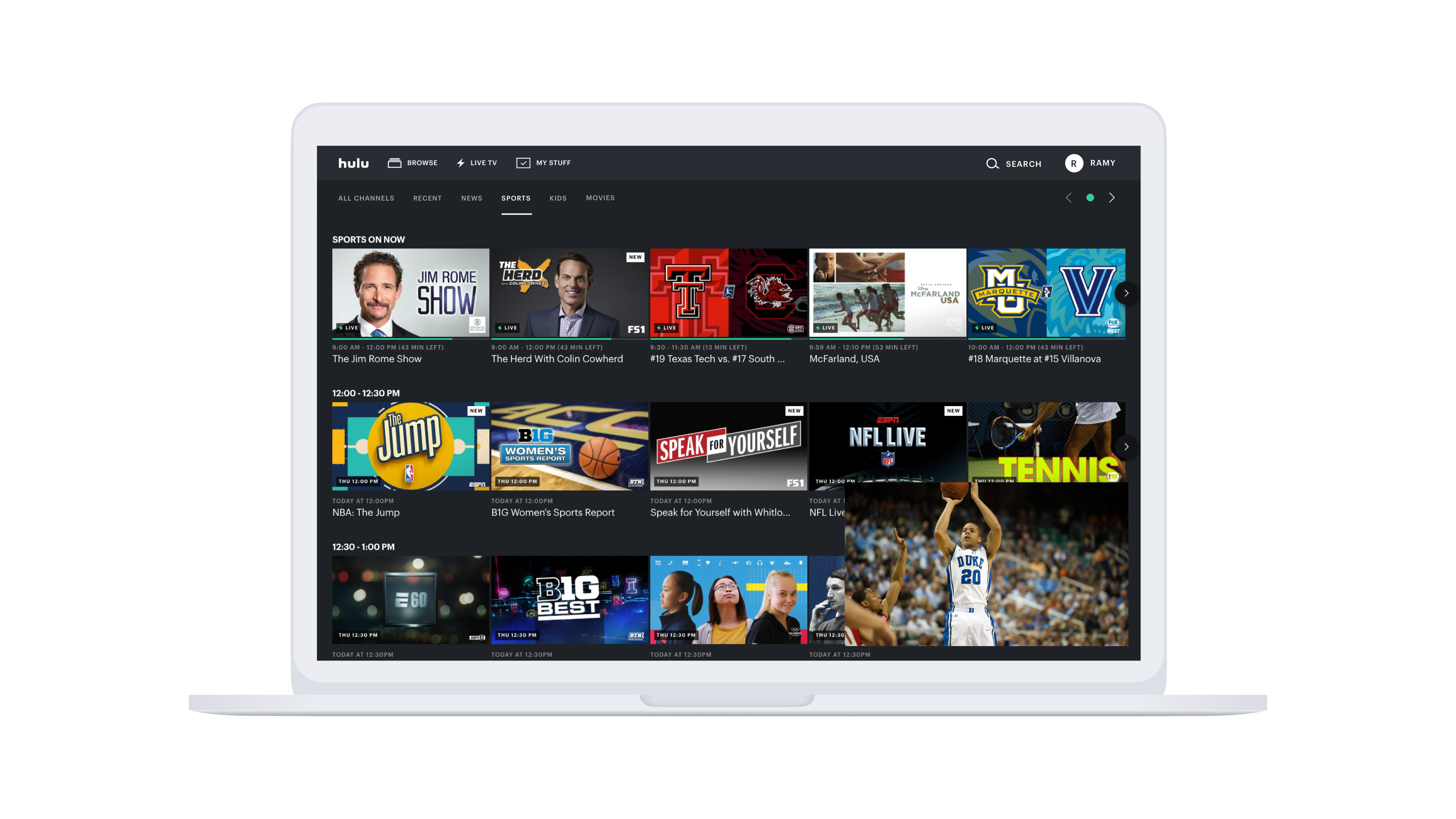 SANTA MONICA, Calif. (March 11, 2022) – On April 13, Hulu will introduce Unlimited DVR to all Hulu + Live TV subscribers at no additional cost, unlocking limitless storage for users to record their favorite programming from across the entire 80+ channel lineup. The upcoming launch follows the addition of access to Disney+ and ESPN+ as part of a Hulu + Live TV subscription.

“Hulu + Live TV is becoming even more valuable and attractive to consumers,” said Joe Earley, President of Hulu. “Through one single subscription, users get access to 80+ live channels – including all the major broadcast networks – as well as Hulu, Disney+, ESPN+, and soon Unlimited DVR. Guided by our relentless focus on delivering the consumer a high-quality user experience, we will be one of the only pay TV providers – traditional or streaming – to offer this feature as part of the base plan at no additional cost.”

Unlimited DVR will allow on-demand playback and fast-forwarding capabilities on recordings for up to 9 months. To date, Hulu + Live TV subscribers each received up to 50 hours of DVR storage, with an add-on option to upgrade to up to 200 hours for an additional monthly fee. Subscribers that previously purchased the Enhanced Cloud DVR add-on for $9.99 per month or Enhanced Cloud DVR + Unlimited Screens bundle add-on for $14.98 per month will transition to Unlimited DVR on April 13 and see a reduction in their monthly bills. New subscribers and existing subscribers that did not purchase any add-ons will automatically receive Unlimited DVR as part of their Hulu + Live TV subscription at no additional cost.

In addition to access to 80+ live channels as well as Disney+ and ESPN+, Hulu + Live TV includes next-day network TV shows, award-winning Originals and a massive library of on-demand hit TV episodes and movies. It is the only pay TV streaming service to provide both standalone SVOD offerings and live TV within one monthly subscription price. With 4.3 million subscribers, Hulu + Live TV remains one of the largest DMVPDs in the U.S., giving viewers the flexibility to watch on their favorite device and without long-term commitments.

Hulu is the leading premium streaming service offering live and on-demand TV and movies, with and without commercials, both in and outside the home. As part of Disney’s Media and Entertainment Distribution segment, Hulu is the only service that gives viewers access to current shows from every major U.S. broadcast network; libraries of hit TV series and films; and acclaimed Hulu Originals including Emmy® and Golden Globe Award-winning series The Handmaid’s Tale and The Act; Golden Globe Award-winning, Emmy® Award nominated and Peabody-winning series Ramy; and Emmy® Award nominated series Pen15, Shrill, and Wu-Tang: An American Saga, alongside hit series Only Murders in the Building, Nine Perfect Strangers, The Great, Little Fires Everywhere, Normal People, and Solar Opposites; Oscar® and Emmy® nominated documentary film Minding the Gap, Golden Globe-Award winning and Oscar® nominated THE UNITED STATES VS. BILLIE HOLIDAY, and critically acclaimed Hulu Original films VACATION FRIENDS, PALM SPRINGS, RUN and HAPPIEST SEASON. The service also streams live news, entertainment and sports from 20th Television, The Walt Disney Company, NBCUniversal, CBS Corporation, The CW, Turner Networks, A+E Networks and Discovery Networks – available all in one place.