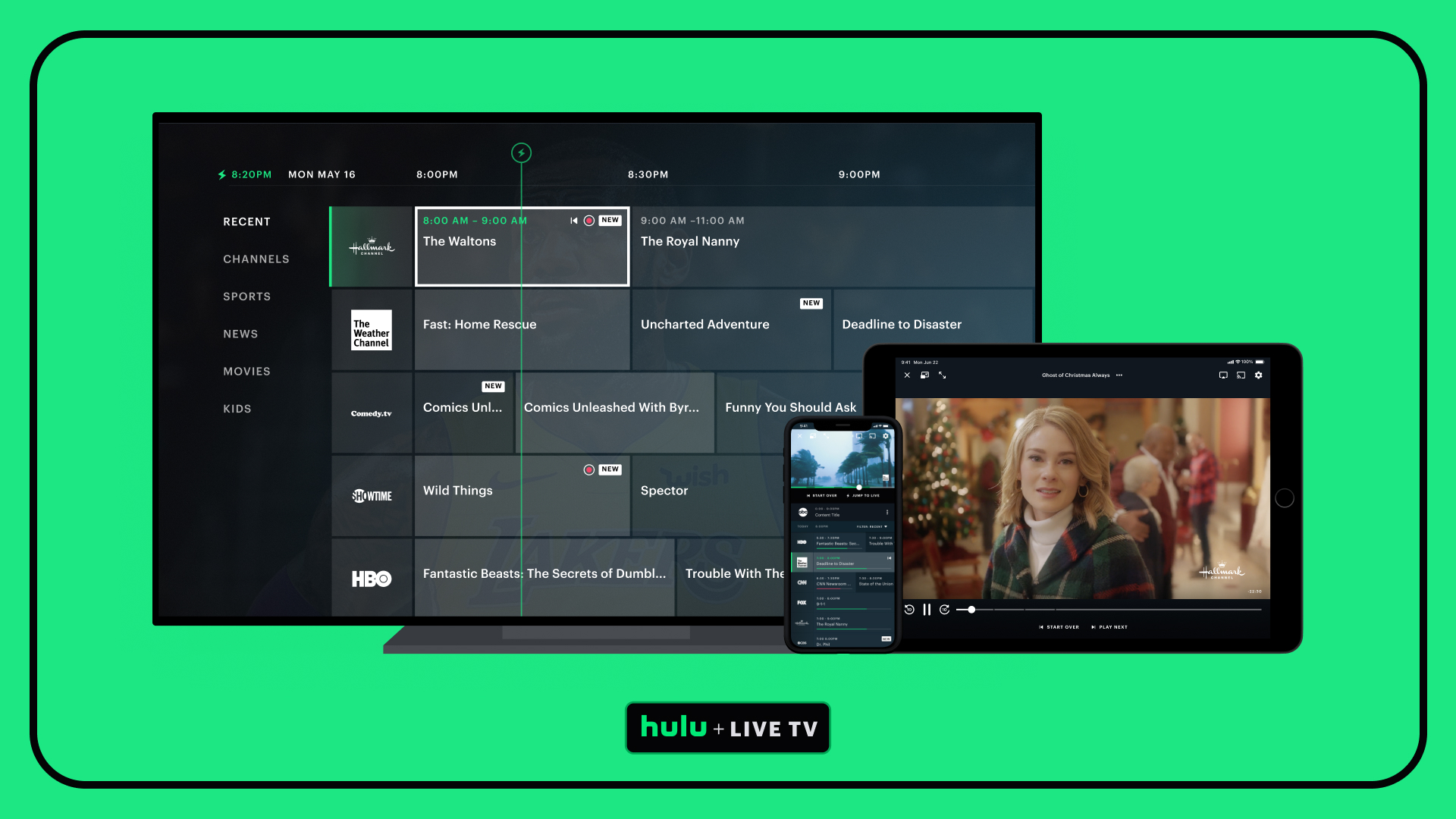 New Additions to the Hulu + Live TV Subscription Include The Weather Channel,

Last week, it was announced the streamer’s live TV service grew to 4.4 million total subscribers [10% year over year growth], cementing it as one of the largest in the U.S.

“We have been listening to our subscribers and are thrilled to bring some of their most requested channels to our service just in time for the holidays,” said Reagan Feeney, SVP, Live TV Content Programming and Partnerships for Hulu. “With these additions, Hulu + Live TV continues to be one of the most valuable live TV streaming destinations on the market, offering subscribers access to more than 85 live channels and entire on-demand content libraries from Hulu, Disney+, and ESPN+.”

The launch schedule for the new channels is as follows:

The Weather Channel – The Emmy® Award-winning iconic global standard for all news and information related to weather, climate, and technology.  For 11 consecutive years, Harris Poll has ranked The Weather Channel as the “TV News Brand of the Year.”

content, including movies and scripted series. It is also home to the popular annual holiday franchise Countdown to Christmas, which features a 24/7 lineup of holiday programming, including all-new original holiday movie premieres every Friday, Saturday, and Sunday night throughout the season.

Vevo ‘80s – Tune in to Vevo ‘80s to enjoy music videos from your favorite ‘80s artists across all genres, from Bon Jovi, to Whitney Houston, to Cyndi Lauper and more.

Vevo ‘90s – From grunge to gangsta to boy bands, the biggest music videos of the ‘90s are found here. Artists featured on Vevo ‘90s include Nirvana, Mariah Carey, TLC, Backstreet Boys, and more.

Vevo Holiday – Vevo’s largest holiday TV lineup to date features carefully curated, 24-hour programming ranging from traditional Christmas music, such as “Silent Night” and “O Holy Night”, to holiday classics, such as “Winter Wonderland” and “Let It Snow!”, and newer hits, such as “Mistletoe” and “Santa Tell Me.”

The Weather Channel en Español – America’s first and only Spanish-language version of the iconic global standard for all news and information related to weather, climate, and technology.

For more information and to sign-up for Hulu + Live TV, visit: https://www.hulu.com/live-tv.

Hulu is the leading and most comprehensive all-in-one premium streaming service that offers an expansive slate of live and on-demand entertainment, both in and outside the home, through a wide array of subscription options that give consumers ultimate control over their viewing experience. As part of Disney’s Media and Entertainment Distribution segment, Hulu is the only on-demand offering that provides access to shows from every major U.S. broadcast network, libraries of hit TV series and films – including licensed content available exclusively on Hulu – and award-winning Hulu Originals, both with and without commercials. With Hulu + Live TV, subscribers receive a unique combination of access to 80+ live news, entertainment and sports TV channels from 20th Television, The Walt Disney Company, ABC, NBCUniversal, CBS Corporation, The CW, Turner Networks, A+E Networks and Discovery Networks, as well as Disney+ and ESPN+ included as part of the base plan. Visit hulu.com to subscribe or learn more about the service.

Vevo is the world’s leading music video network, connecting an ever-growing global audience to high quality music video content for more than a decade. Founded by Universal Music Group and Sony Music Entertainment in 2009, Vevo offers fans worldwide a vast array of premium content to choose from, showcasing official music videos alongside a constantly developing lineup of live performances and innovative original programming. From top superstars to rising new talents, Vevo brings incomparable cross-promotional support to artists across the musical spectrum, at every stage of their careers.

Vevo has consistently evolved over the past decade to lead within today’s ever-changing media landscape, embracing partnerships with a number of leading distribution platforms to deliver extraordinary content within ad-supported environments. With more than 25B views across television, desktop and mobile devices each month, Vevo brings music videos to the world – when, where, and how fans want them.