In the beginning, there was Broadway – lucky woman, her first show ever was on Broadway with Hal Prince and Stephen Sondheim in their history-making musical Pacific Overtures.  Ask her about her audition sometime.  She wailed over her koto as the Shogun’s Wife, meeting Asian American actors such as Gedde Watanabe who became lifelong friends and colleagues.  Other Broadway shows followed, notably Emily Mann’s Execution of Justice about the trial of Dan White, who assassinated the openly gay city supervisor, Harvey Milk.  Ms. Shen, who played the reporter Joanna Lu, was stopped several times in NYC by people who were enormously affected by this play.  Her other favorite roles in NYC were Lady Nijo in Top Girls at the Public Theater, directed by Max Stafford-Clark of England’s Royal Court Theater (who is so knowledgeable about acting, directing and understanding the audience), Lady Macbeth in Macbeth at Pan Asian Repertory Theater, directed by John Briggs as set in feudal Japan, and Miranda in Julie Taymor’s wonderfully inventive The Tempest.  She was honored with an Obie for her performance in Top Girls.  During her time living in NY,  Ms. Shen was fortunate to work throughout our beautiful country, at a number of regional theaters from Alaska to Louisville to Dallas.  She especially loved the wilds of Alaska.

Moving to Los Angeles, Ms. Shen continued in theater and in Sondheim roles, with perhaps her favorite role of all time, Mrs. Lovett in Sweeney Todd directed by Tim Dang at East West Players.  For this performance, she received Ovation and LA Drama Critics Circle nominations and a Drama-Logue Award.  She also enjoyed playing Phyllis Stone in Follies for Mr. Dang and E/W Players, and Le Thi in the three-hander, Reunification Hotel by Julian Barry.  Both of these performances also received Drama-Logue Awards.  As a voiceover actor, Ms. Shen voiced Fa Li, Mulan’s mother, in the animated Mulan film as well as the cult hit, the Chinese Food Lady, in Dude, Where’s My Car with the tag line “And the-e-en?”

In Los Angeles, Ms. Shen has had more opportunities to explore acting in films and TV, due to her exceptional stereotype-busting agents Greene and Associates.  She has recurred on numerous TV shows, most recently 9-1-1, Andi Mack, and Elementary as Watson’s mother, Mary.  She has had the privilege of working five times with director Greg Beeman: Nowhere Man, Nash Bridges, Miracle in Lane 2, S.W.A.T. and her favorite, the TV movie Horse Sense.  Other notable film roles include Tiger Woods’ mom Tida in The Tiger Woods Story directed by Levar Burton; Detective Janet Lee Cheung inCracker: White Ghost, with Robbie Coltrane, one of her favorite leading men; May-Li Wong in Georgia Lee’s debut film Red Doors, which received the best narrative feature award at the Tribeca Film Festival; Tom Wilkinson’s henchwoman Kai in The Lone Ranger; and Lani Thomas in the fantastical Grimm episode “Mommy Dearest” – the title says it all.

60s, she’s a retired RN who “radiates warmth and efficiency.” An avid gardener who lives with her husband Sam in a cozy home where all are welcome. She greets Jenna as if she’s her own daughter, and urges her to stay as long as she needs to recover from her recent trauma. 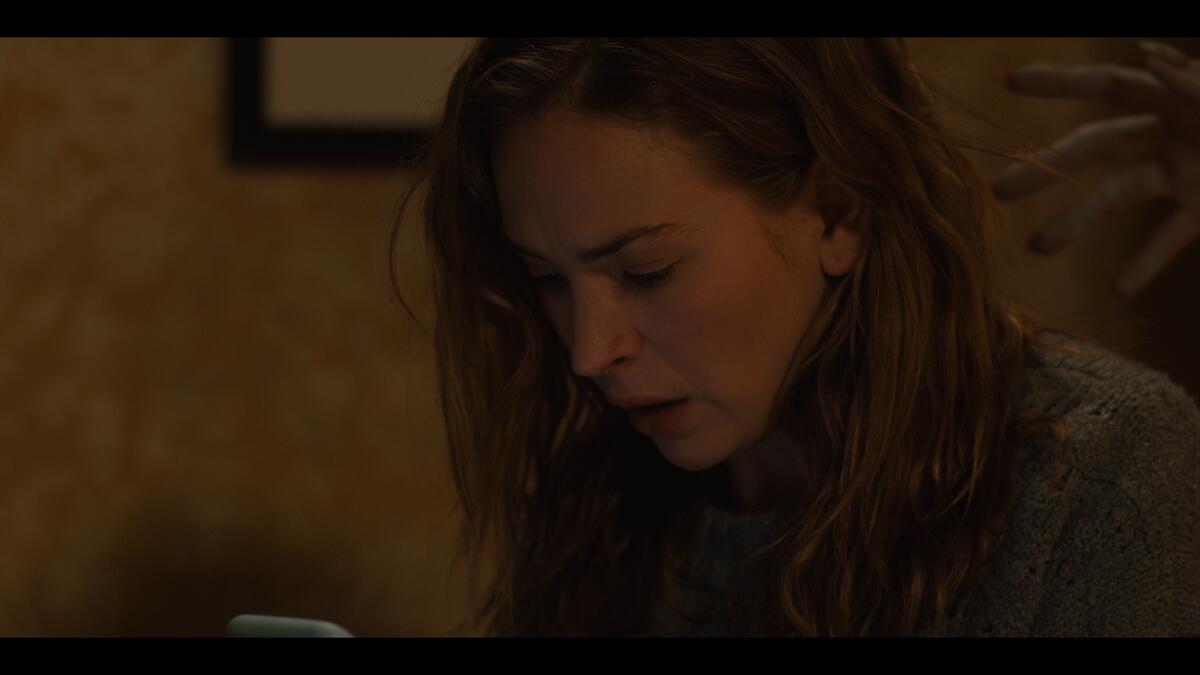 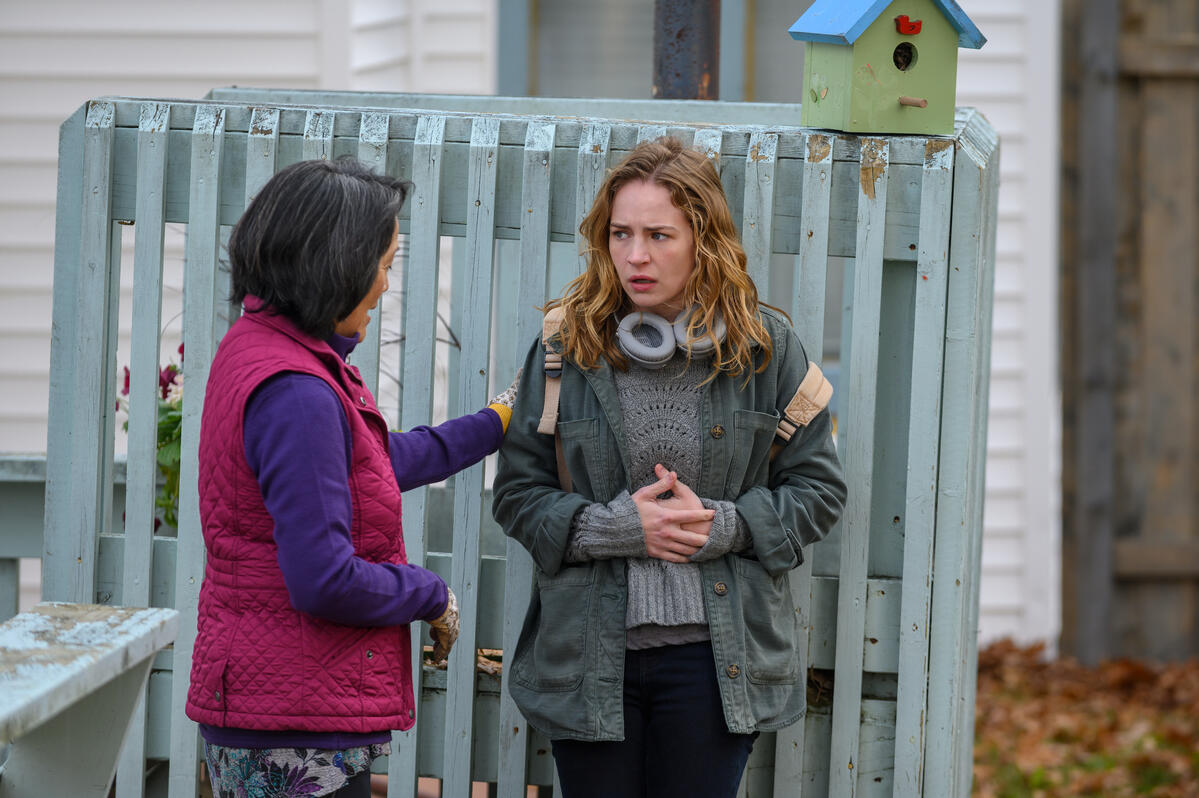 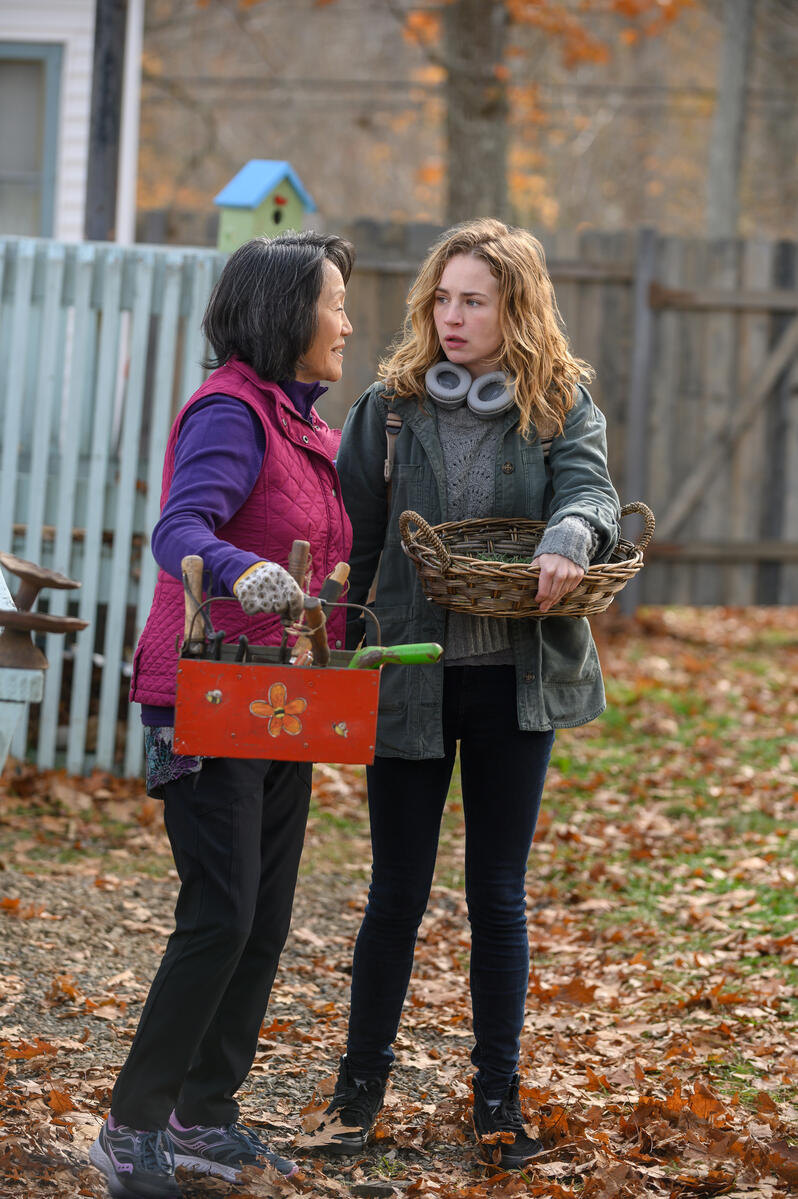 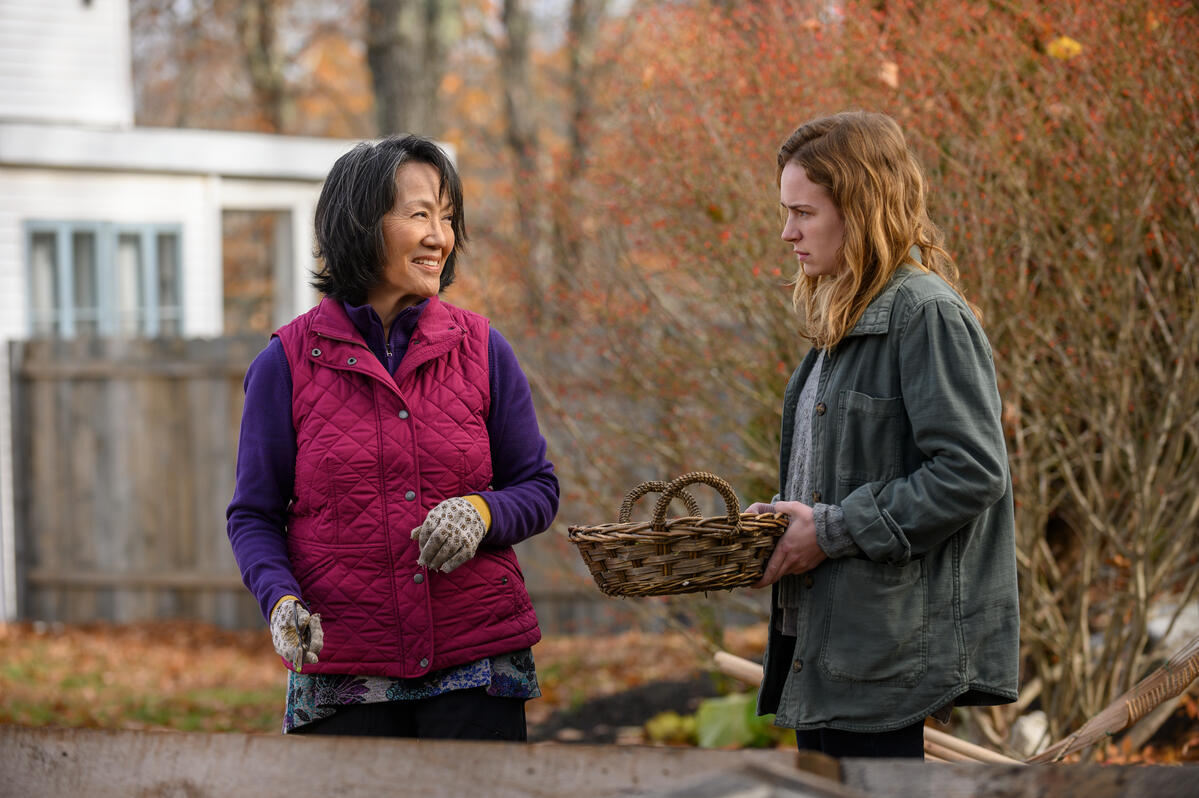