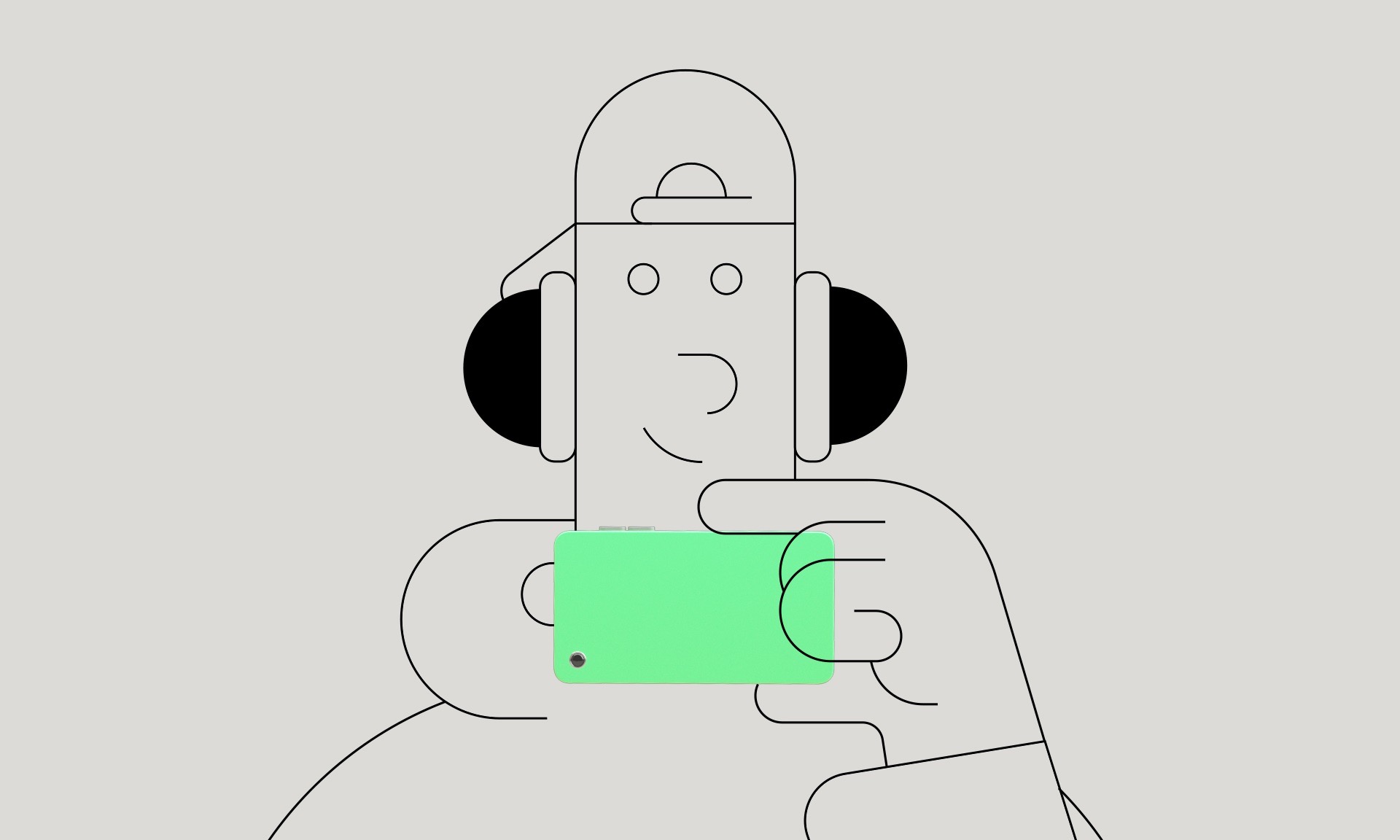 The best part about documentaries is they allow us to connect over a shared experience and dive into reality instead of escaping it. They shed light on the lives of our favorite pop culture icons, give inside looks at historic events via the people who experienced them, and offer educational experiences without that stuck-in-a-classroom feeling. With a great doc, you’re getting the best of both worlds: entertainment and learning.

So take a break from your latest binge series, and check out the best documentaries on Hulu that you can stream now.

Get an early start on celebrating Black History Month with this documentary tribute to Aretha Franklin. The movie Amazing Grace features live footage of Franklin recording one of her most famous albums, you guessed it: Amazing Grace, on location at The New Temple Missionary Baptist Church in 1972.

Once you’ve crossed Amazing Grace off your watchlist, check out some of these political documentaries that highlight the lives and stories of prominent female leaders and their impact on society — just in time for Women’s History Month.

Hillary is a docuseries on Hulu that takes you on Hillary Clinton’s turbulent life journey through the world of politics. This Hulu documentary has four episodes and features exclusive interviews with Hillary herself, as well as Bill and Chelsea Clinton.

During her iconic tenure as a Justice of the U.S. Supreme Court, Ruth Bader Ginsburg set a new precedent for women’s rights and gender equality. Listen to Ginsburg tell her story in her own words, interspersed with tales from those who knew her best, and relive RBG’s legacy over and over again.

Pop culture is the throughline of our society — because we all recognize the people, movies, music, and events that define each era of our history. Combine entertainment with education and learn more about the actors, artists, movies, and other cultural icons that have made us who we are with these pop culture docs. For some extra fun, start a Watch Party with friends or family who have Hulu so you can take a deeper dive into the stories of the people and events you have a shared interest in.

Oh, baby, baby! Kick off your pop culture documentary binge with the queen of American pop music herself, Britney Spears. The New York Times Presents: Framing Britney Spears captures the rise and fall of Britney’s career as well as the new movement rallying against the popstar’s court-mandated conservatorship.

Be sure to check out FX’s The New York Times Presents series on Hulu, a collection of standalone documentaries featuring the essential stories of our time, including They Get Brave, The Teenager Who Hacked Twitter, and more.

Becoming Bond is a Hulu Original documentary that will introduce you to George Lazenby, a man with zero acting experience who landed the lead role of James Bond in the film On Her Majesty’s Secret Service (1969) — through a most curious set of circumstances. Join other 007-heads on this honest journey through Lazenby’s life and career as you learn how an unknown secured his spot in movie history.

69: The Saga of Danny Hernandez

While you might know him as the artist behind the songs “FEFE” and “TROLLZ” with Nicki Minaj or “BEBE” with Anuel AA, Tekashi69 has also earned fame — and infamy – on the merit of his real name: Danny Hernandez. In this Hulu Original documentary, get a backstage pass to the story behind the making of Hernandez’s controversial rapper alter ego, and his obsession with fame. 69: The Saga of Danny Hernandez chronicles the artist’s rise and ultimate demise as his fixation on notoriety and penchant for scandal leads to legal troubles.

Watch: 69: The Saga of Danny Hernandez

Canadian poet and novelist Margaret Atwood is the author behind the book that inspired the award-winning Hulu Original series The Handmaid’s Tale. This documentary will introduce you to the woman behind the pages, as you get to know more about her private life and how her writing has made her a household name.

Barbie has been an icon for decades, inspiring girls to grow up and be whatever they want to be, whether veterinarian or popstar or astronaut, and everything in between. Tiny Shoulders: Rethinking Barbie follows the evolution of the popular American doll, focusing on the toy’s rebranding to be more relevant to and inspirational for kids today.

Skin: A History of Nudity in the Movies

Skin: A History of Nudity in the Movies will introduce you to the evolution of nudity and sexuality on the big screen. From figures like Marilyn Monroe risking it all to show skin in the Golden Age of Hollywood, to the struggles of today’s women in entertainment amid the #MeToo movement — this doc bares it all.

Watch: Skin: A History of Nudity in the Movies

From animals to global warming, nature offers what seems to be neverending opportunities for learning. Whether you love animals or are passionate about climate change, these environmental documentaries on Hulu are sure to educate and inspire you.

Greta Thunberg is a climate change activist who made a name for herself on the world stage at just 15 years old. I Am Greta offers Hulu watchers the chance to learn more about Thunberg’s efforts to bring awareness to climate change and get some insight into the steps we should all take to protect the future of our planet.

Whether you’re looking to bone up on your climate change facts and figures or you simply want to feel inspired to take action for a cause you love, the Hulu Original I Am Greta is a must-watch.

Watch: I Am Greta

March of the Penguins 2: The Next Step

Narrated by Morgan Freeman, March of the Penguins 2: The Next Step is a follow-up to the Oscar®-winning 2005 documentary, March of the Penguins. This time, we follow two Emperor Penguins in Antarctica as they live out their lives, finding love and setting off as adults into the wild. Freeman’s narration is rivaled only in charm by actual footage of the penguins themselves — making this an ideal watch for animal lovers.

Watch: March of the Penguins 2: The Next Step

These documentaries are highly relatable, in that they offer Hulu viewers insights and suggestions to improve something important to us all: our health. So, if you’re health-conscious or looking to learn more about food and wellness, these are some of the best documentaries on Hulu to add to your watchlist.

In 2020, the world experienced an unprecedented pandemic that still has people in hospital beds and economies in headlocks. Totally Under Control is a unique documentary told from inside the U.S. government exploring how American officials handled — and mishandled — the COVID-19 pandemic, supported by scientists’ perspectives on what’s gone wrong in terms of controlling the spread of the novel coronavirus.

Have you ever stopped to think about all of the food you throw out? After watching Just Eat It: A Food Waste Story, prepare to be more aware of your eating — and wasting — habits. This health documentary won the People’s Choice Award for Best Documentary Feature at the Calgary International Film Festival in 2014, and follows Grant Baldwin and Jenny Rustemeyer on their journey to eat only “wasted” food, or food that people around them would otherwise be throwing away.

Imagine getting inside the minds of our most notorious murderers and serial killers, or following along on the investigations of crimes — if doing either or both thrills you, you should check out our collection of true crime documentaries. When it comes to some of the biggest crimes and scandals throughout history, these docs tell a new side of a story the media often didn’t cover. Explore some of the true crime documentaries on Hulu to get your fix on learning more of the inner workings of infamous crimes and convicts.

The news of Jeffrey Epstein’s arrest and soon-after death left many with more questions than answers. This new docuseries investigates Epstein, his co-conspirators, and his elite inner circle. Exclusive interviews with Epstein’s accusers, lawyers, and even the officer who was guarding his cell the night he died reveal new clues about his seedy underworld and controversial fate.

This exposé digs deep into the trial and investigation of 22-year-old Casey Anthony, who was found guilty for the murder of her two-year-old daughter Caylee Anthony in 2008. The true crime documentary features interviews with members of the Anthony family, reporters who covered the case, and the judge who tried Casey Anthony. Learn more about how this crime and its dramatic fallout changed the Anthony family forever — and relive the verdict that shocked the country.

There are a lot of other interesting documentaries to enjoy that cover society, psychology, historical events, and everything in between. Whatever you are interested in, there’s most likely a documentary on Hulu that’s sure to quench your thirst for knowledge.

Check out some of these intriguing documentaries that feature shocking stories and new perspectives.

Follow the astonishing story of three identical twins who were separated at birth, but found each other when they went off to college. Nominated for an Emmy® for Outstanding Directing for a Documentary/Nonfiction Program, Three Identical Strangers is full of twists and turns. You’ll get lost in the brothers’ charming, heartfelt reunion at first, but be prepared — you’ll be shocked at the truth behind why they were separated at birth, completely unaware that one another ever existed.

On April 20, 1999, two armed assailants killed 12 students, a teacher, as well as themselves at Columbine High School in Colorado in one of the most devastating school shootings in history. We Are Columbine offers a fresh perspective on this historic event and how it changed the lives of four students who were freshmen at the time of the tragedy. Directed by Laura Farber, one such Columbine survivor, this emotional film takes into account how one day over 20 years ago has changed the lives of all involved forever.

Watch: We Are Columbine

Everything You Need to Know About The Billie Holiday Movie

Best Friendship Shows to Watch With Your BFF