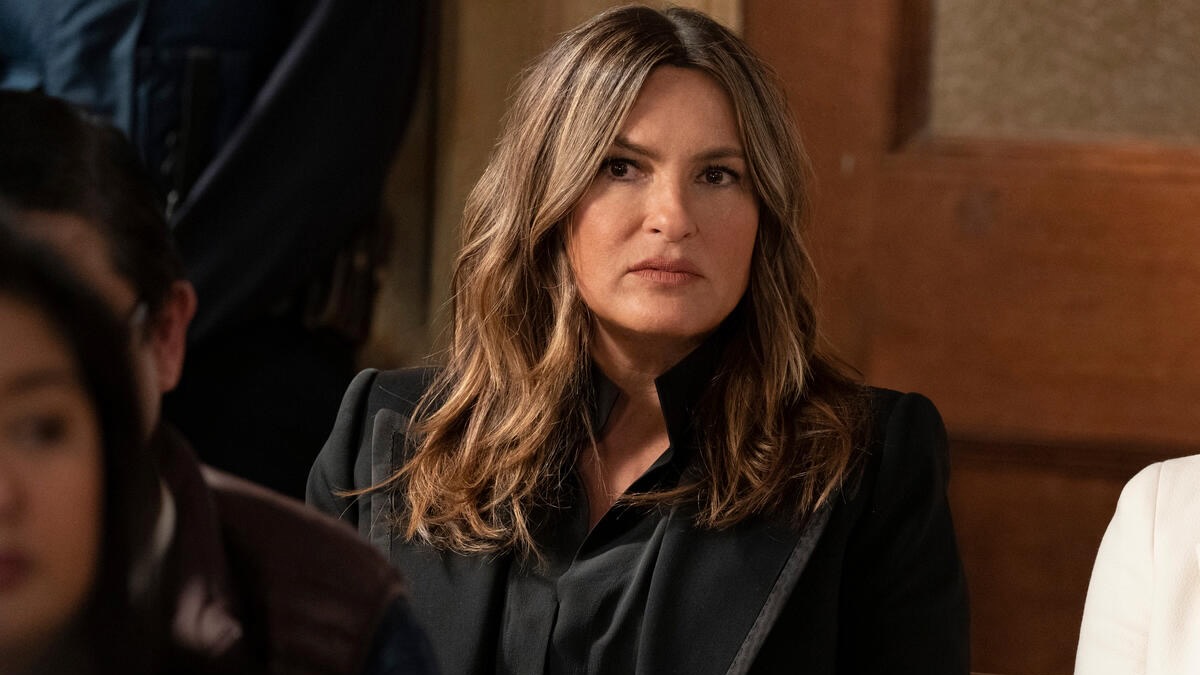 Do you love the thrill of the chase, heated courtroom debates, and analyzing evidence in the pursuit of justice? You’re not alone. Procedural dramas have been a staple genre on American television for decades, keeping hit shows like Law & Order and NYPD Blue on the list of longest-running titles in all of TV history.

From courtrooms to crime scenes, check out these must-watch cop shows and procedural dramas streaming now on Hulu.

Check out these action-packed and drama-filled procedural shows streaming now on Hulu. 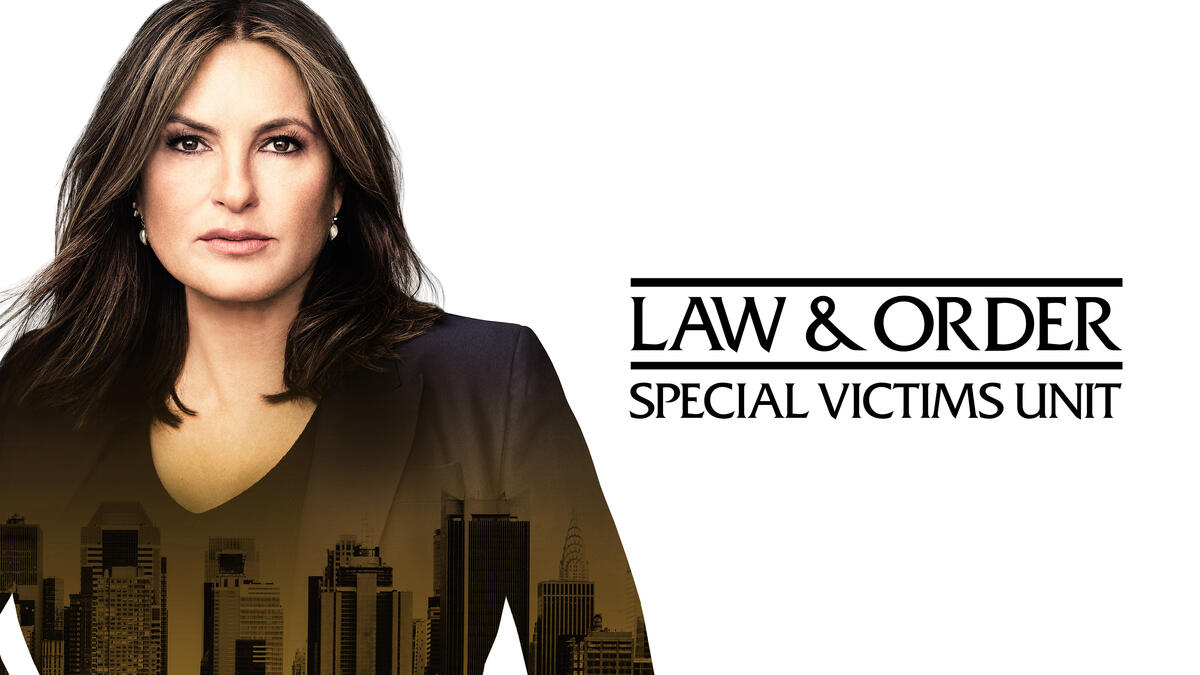 No one creates a procedural drama quite like Dick Wolf. Since 1998, Olivia Benson (Mariska Hargitay) has navigated New York’s Special Victims Unit investigative team through countless sexual offense cases to fight for survivors during their darkest and most vulnerable moments.

With the help of Fin Tutuola (Ice T), the team has tackled 23 seasons worth of cases—all of which are available to stream now on Hulu. 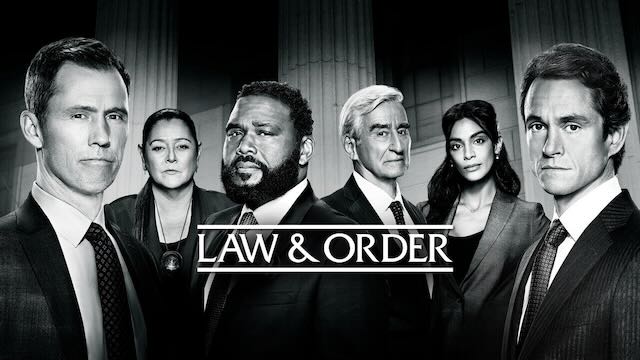 “In the criminal justice system, the People are represented by two separate yet equally important groups: the police who investigate crimes and the district attorneys who prosecute the offenders. There are their stories.” 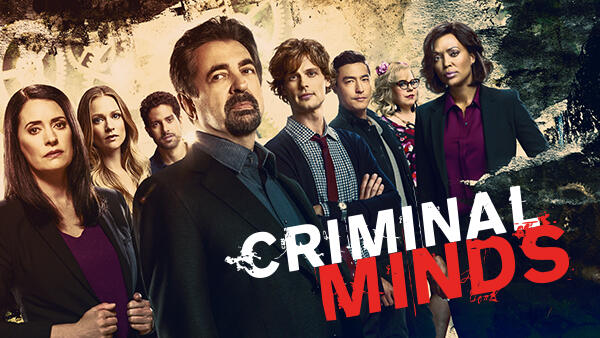 Even the most twisted criminals can’t outsmart the criminal minds of this brilliant FBI Behavioral Analysis Unit (B.A.U.). Based in Quantico, Virginia, the B.A.U. team uses technology and sharp criminal profiling skills to track down cunning criminals and solve even the most heinous crimes.

Get hooked on the first six seasons of Criminal Minds, streaming now on Hulu. 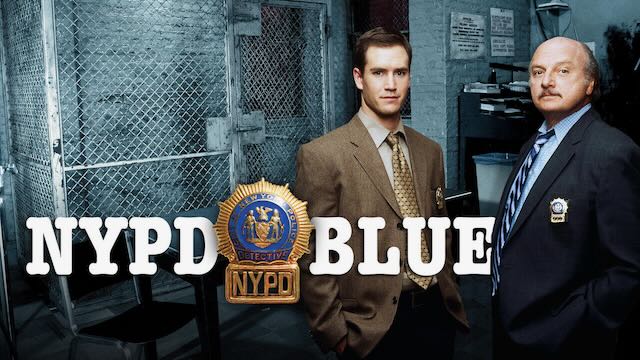 Known for its grit and commitment to portraying real-life stories, issues, and dialogue, the ensemble cast of police officers and detectives on NYPD Blue kept fans captive (in a good way) for more than a decade. Now, almost 20 years after the final season aired, fans of police and procedural dramas still come back to rewatch the show that set the precedent for the genre.

Stream all 12 seasons of the critically acclaimed NYPD Blue now on Hulu.

Under the Banner of Heaven 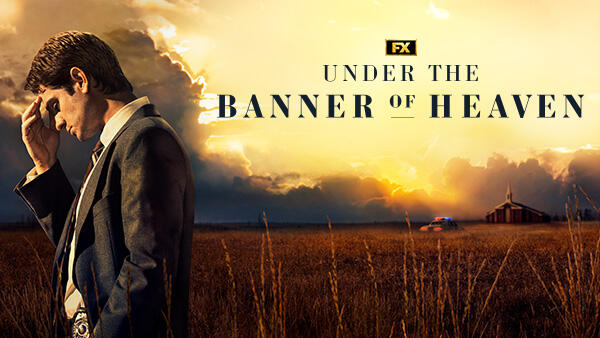 Based on a novel by John Krakauer, Under the Banner of Heaven takes viewers to Mormon, Utah where a heinous double murder has just been committed.

Detective and devout member of the church, Jeb Prye (Andrew Garfield), leads the investigation that makes him question his faith in the Church of Latter-Day Saints. Are the rumors and hushed whispers true?

Find out by streaming all seven episodes of the limited true crime series, Under the Banner of Heaven, now on Hulu.

Watch: Under the Banner of Heaven 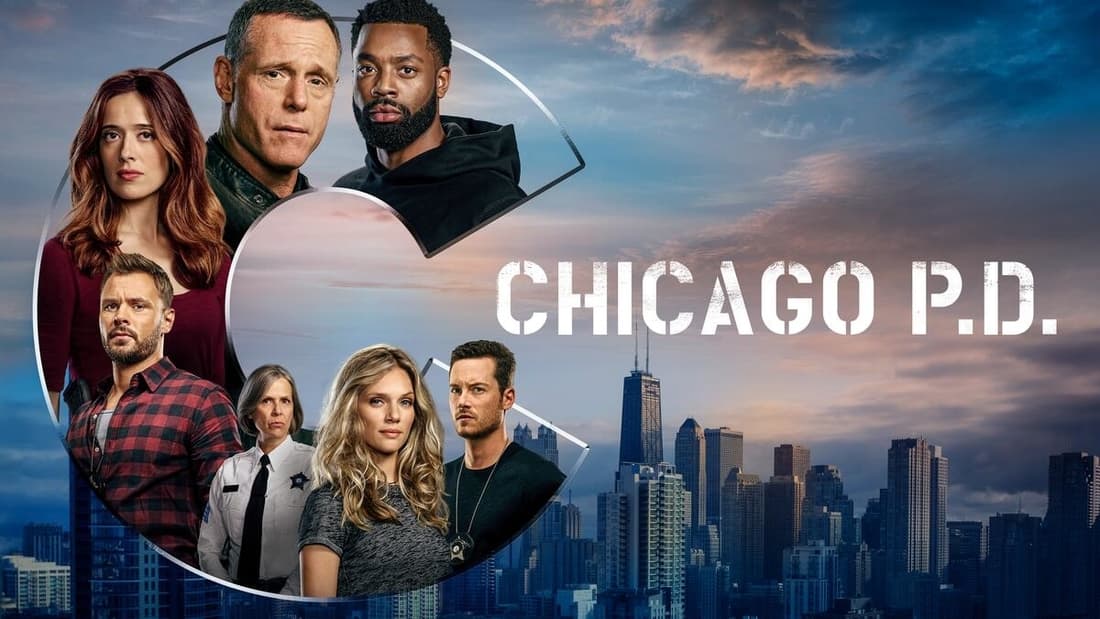 New York City isn’t the only place with organized crime, underground drug markets, and homicide. Trek west to Chicago, the home of the Chicago Police Department and Intelligence Unit that works tirelessly day in and day out to fight crime on the city’s streets.

Chicago PD is a spinoff series of Chicago Fire*—two of the four procedural and emergency rescue dramas in Dick Wolf’s Chicago franchise.

Catch all the action by streaming Chicago PD with a Hulu + Live TV subscription. 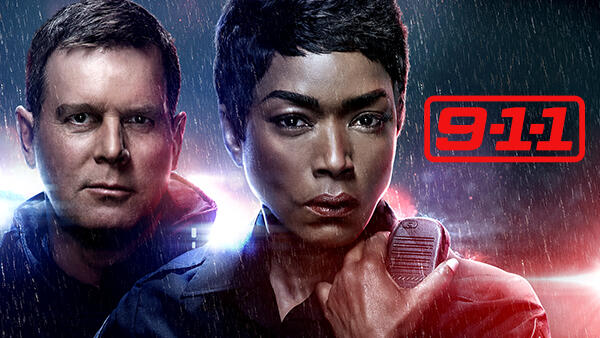 Based on real-life 9-1-1 calls, this procedural drama showcases the live-saving teamwork between Los Angeles fire department 118, their paramedic crew, the LAPD, and the city’s 9-1-1 call center. Fall in love with the flawed but heroic characters and sit on the edge of your seat as they run towards even the most harrowing disasters—all while navigating the obstacles of their personal lives.

Watch all six seasons of the FOX emergency drama, 9-1-1, now on Hulu. 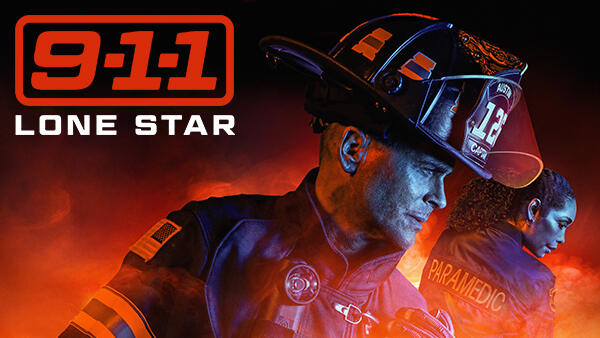 This 9-1-1 spinoff takes the premise and plot of the original show, but moves it south to Austin, Texas. With a new crew and city comes new emergencies and geographical disasters that keep Austin Fire Station 126 on their toes.

After an incident that changed the course of his life forever, John Nolan moves to Los Angeles to pursue his dream of becoming an LAPD police officer. With lives on the line, Nolan must find a way to prove himself as the team’s oldest rookie.

Stream all five seasons of the ABC police drama, The Rookie, now on Hulu. 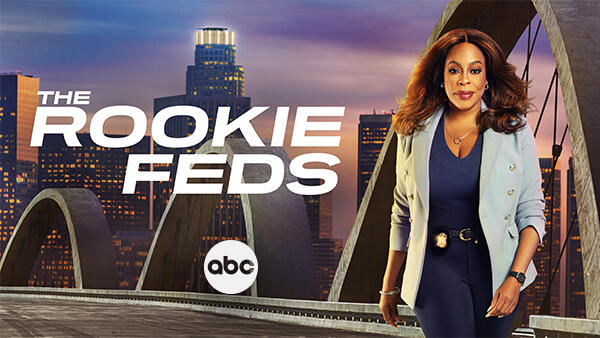 When officer John Nolan and the LAPD call on the FBI for help in season four of The Rookie, the spinoff series, The Rookie: Feds, was born. This series is all about Simone Clark, a rookie agent who finally realized her dreams of working for the FBI at the age of 48.

Walk the line between action, drama, and comedy with the first season of The Rookie: Feds streaming now on Hulu. 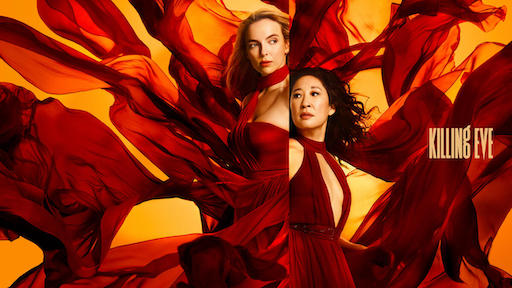 This isn’t your typical game of cat-and-mouse. A crazed and determined assassin becomes obsessed with hunting down the British Intelligence Agent assigned to take her out. The closer they get to each other, the more they realize how intertwined their lives actually are.

All four seasons of the critically-acclaimed dramatic thriller series, Killing Eve, are available to binge-watch now on Hulu. 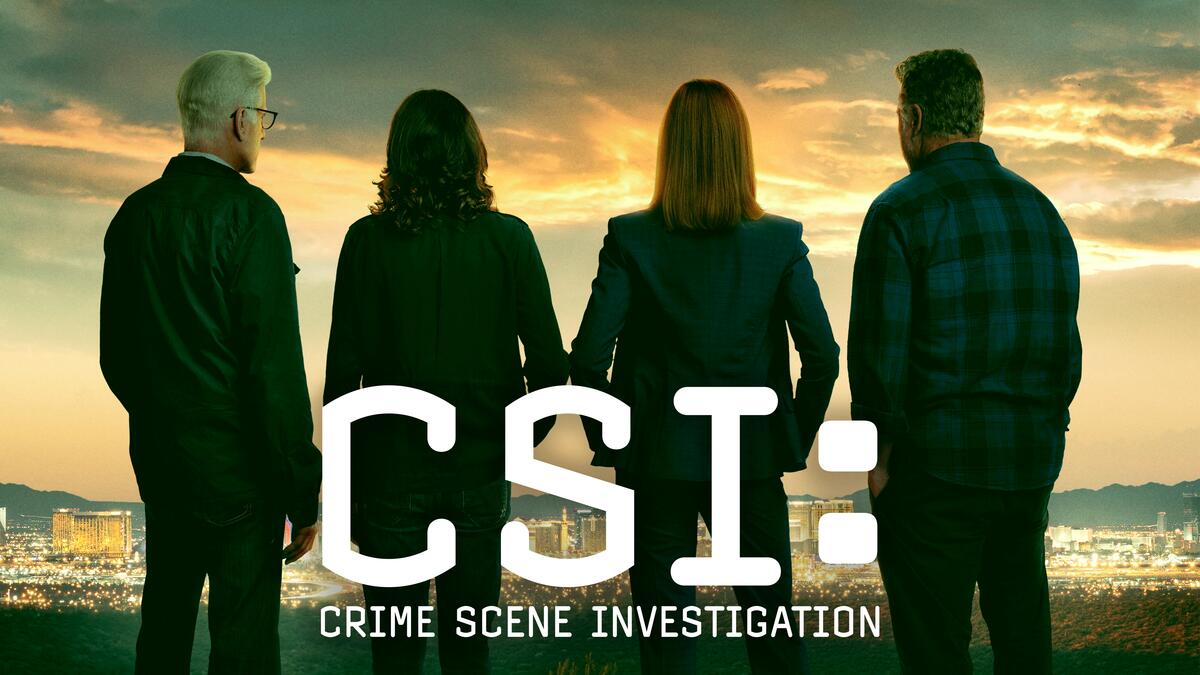 Are you a true crime junkie that loves using clues and evidence to solve mysteries? The forensics team on CSI: Crime Scene Investigation does just that. Follow the team from crime scene to crime scene throughout Las Vegas and see if you can crack the case before they do.

All sixteen seasons of CSI: Crime Scene Investigation are streaming now on Hulu. 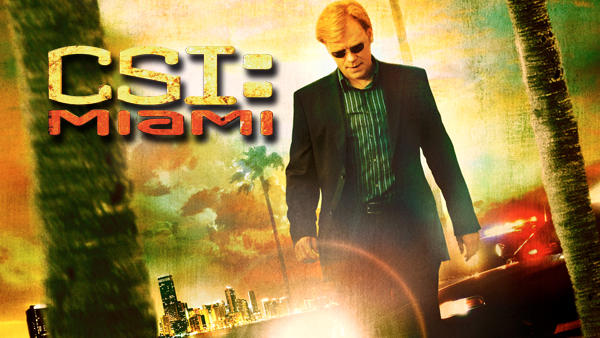 This southern Florida-based spinoff of the original CSI: Crime Scene Investigation combines new technology with old methods to solve crime cases around Miami. Even with a wild nightlife scene and coastal borders creating unique challenges, the team has proven over ten seasons that there isn’t a case they can’t crack. 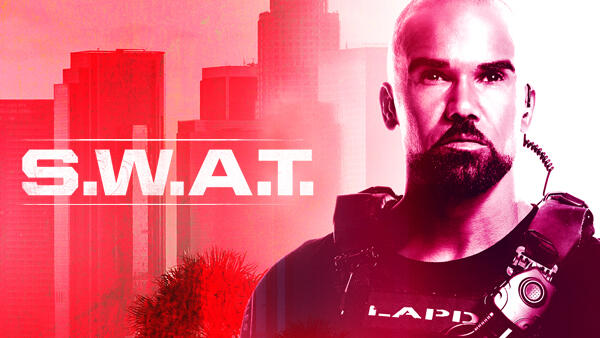 The S.W.A.T. team is the last line of defense within the Los Angeles Police Department—putting the lives of even the most skilled members of this already elite crew at risk daily. Every episode is a heart-racing adrenaline rush as S.W.A.T. Sergeant Daniel “Hondo” Harrelson battles the intensity of his job and the intensity of his personal life.

Catch up on the first three seasons of S.W.A.T. streaming now on Hulu.

It’s not easy being the spouse of a special forces operative. This action/drama series follows a covert team of American secret operators, their high-risk missions, and the spouses that have no choice but to keep their secrets under lock and key.

Stream all four seasons of The Unit now on Hulu. 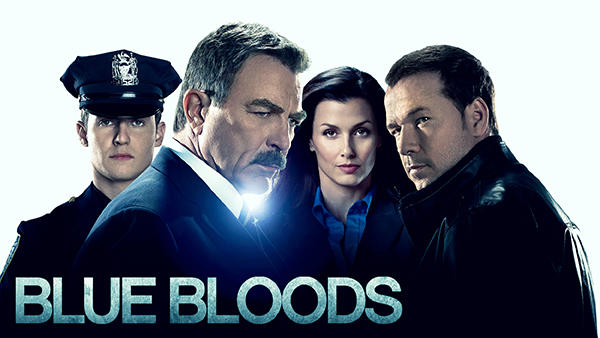 The Reagans are the first family of the NYPD. Family and patriotism run deep in the veins of this close-knit family, but can work, family, and politics mix on the job and at the dinner table?

Catch up on the first nine seasons of Blue Bloods now on Hulu. 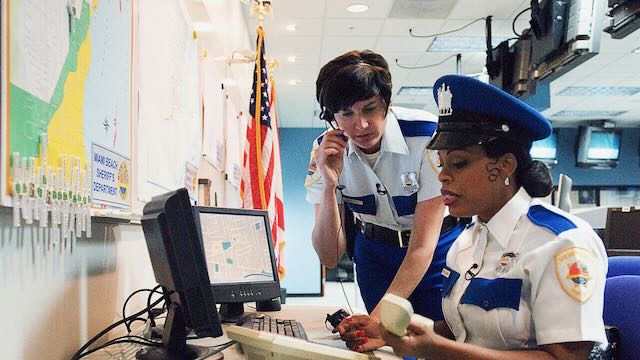 What goes on behind the scenes of Reno, Nevada’s police department? Well…not what you’d expect—that’s for sure. Take a break from the emotionally heavy storylines of traditional cop shows by streaming this quirky procedural parody show with your Hulu + Live TV subscription. 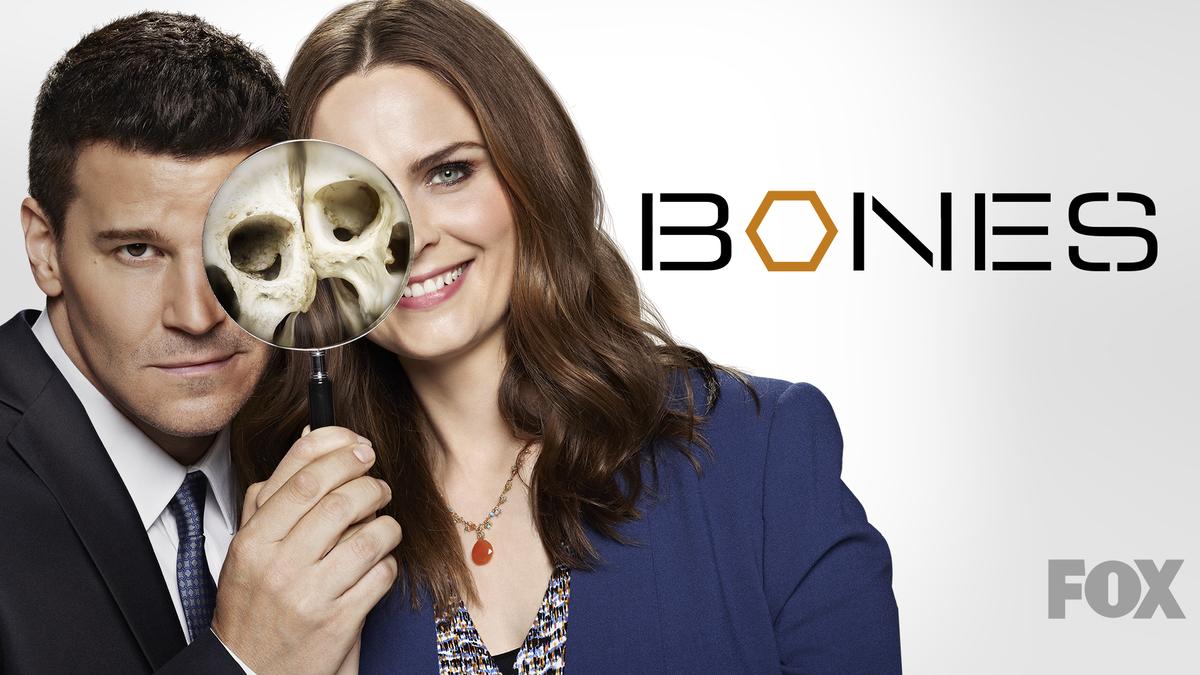 Though the stories may be dark and heavy at times, the budding relationship between Dr. Brennan and Seeley is sure to warm your heart.

The last six seasons of Bones are available to stream now on Hulu.

Peter Burke is an FBI agent. Neal Caffery is a white-collar criminal. The two are an unlikely pair at first glance. But once Burke wins their ongoing game of cat-and-mouse, Caffery has no choice but to team up with his nemesis in exchange for freedom.

All six seasons of the FBI drama, White Collar, are streaming now on Hulu. 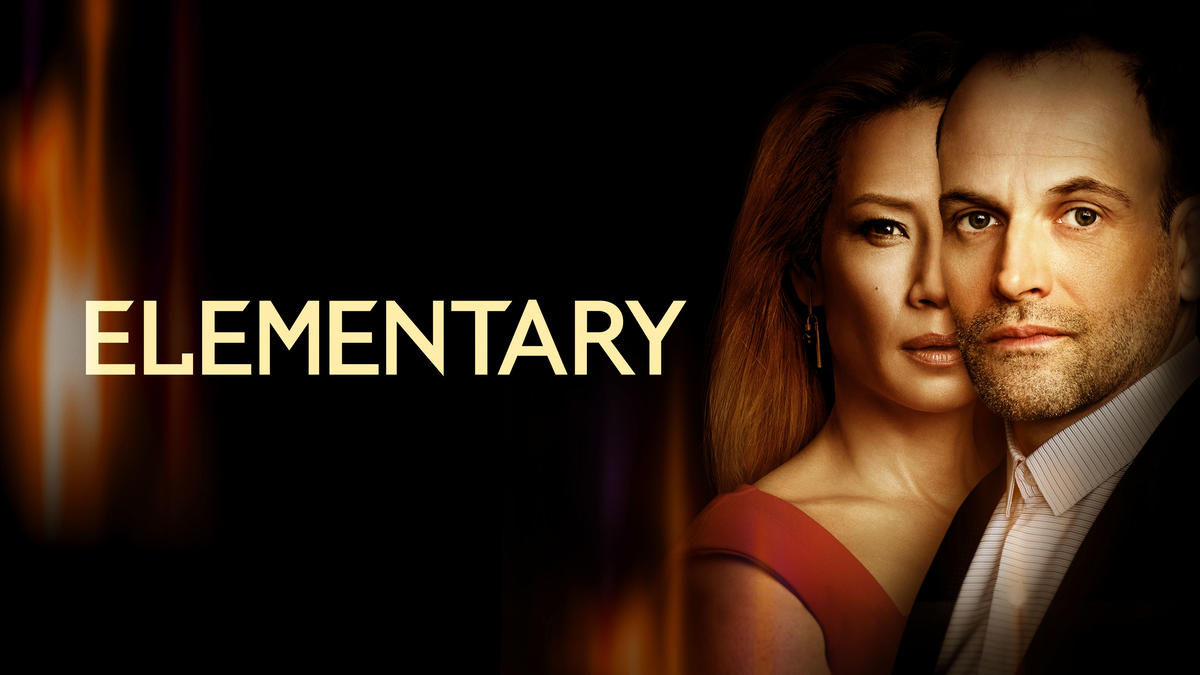 Elementary is a modern-day twist on a classic mystery story. In this series, legendary detective Sherlock Holmes is a recovering addict who reluctantly partners up with Dr. Joan Watson, a skilled medical professional with a natural knack for investigation.

Watch all seven seasons of Elementary streaming now on Hulu.

If you love the heart-racing storylines of detective and cop dramas, we’re willing to bet you’d love getting inside the mind of a criminal, too. Check out the best true crime documentaries streaming now on Hulu.