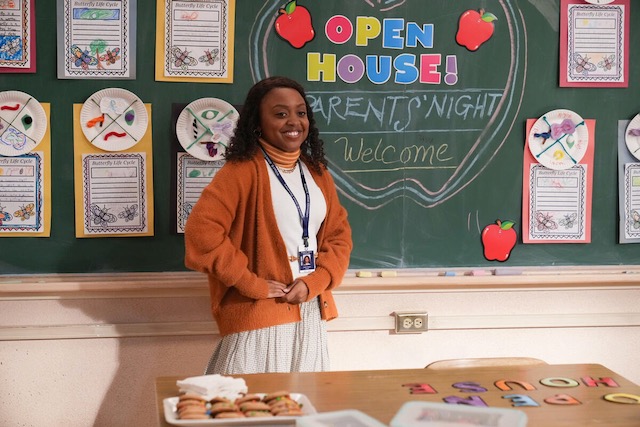 Abbott Elementary is a mockumentary-style TV sitcom on ABC that follows the daily lives of teachers at a West Philadelphia public school.

The writer and creator of Abbott Elementary, Quinta Brunson, also stars as the show’s main character, Janine Teagues—an unusually dedicated and passionate teacher who never loses optimism, despite working with a non-existent budget and a tone-deaf principal.

Season one of Abbott Elementary was a smash hit, garnering seven Emmy nominations including one for Outstanding Comedy Series.

Find out when and where to watch Abbott Elementary seasons one and two below.

When does Abbott Elementary return for season 2?

How to Watch Abbott Elementary

Wondering where to watch Abbott Elementary? Hulu subscribers have access to the full first season streaming now. Subscribers will also be able to watch new episodes every Thursday throughout season two.

Whether it’s a school setting like Abbott Elementary, a big-box retail chain like Superstore, or a police precinct like Brooklyn 99, workplace comedies make for some of the best TV watching.

Check out these hilarious workplace sitcoms streaming on Hulu now. 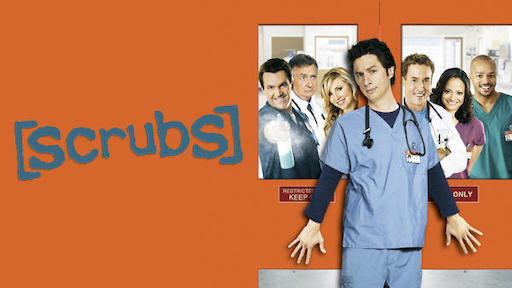 The hit ABC show Scrubs is not your average hospital series. The comedy follows a group of friends, who also happen to be brand new interns at Sacred Heart Hospital. They don’t exactly know what they’re doing — but that’s what makes it fun.

At the heart of this show is the ultimate bromance between leading characters J.D. (Zach Braff) and Turk (Donald Faison), college roommates who are now starting their first jobs together. But the show wouldn’t be complete without their oddball colleagues to keep them on their toes. 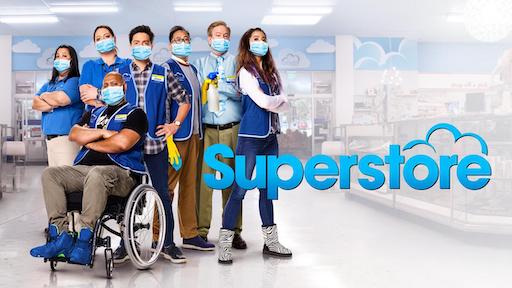 Superstore follows a group of employees working at “Cloud 9” store number 1217 in St. Louis, Missouri. Led by America Ferrera and Ben Feldman, this popular sitcom explores the inner workings of the lives of superstore employees as they deal with their daily job duties, difficult customers, and their relationships with each other. With hilarious situations and characters you can’t help but love, Superstore is a must-watch. 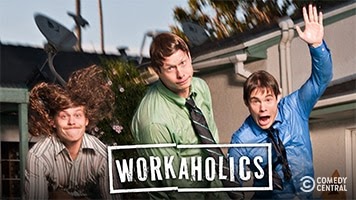 Blake, Adam, and Anders are full-grown adults with big boy jobs at a local telemarketing agency, TelAmeriCorp. But their “adultness” ends there. As former college roommates, the three never really left dorm life behind.

After graduation, the trio moved into a house in Rancho Cucamonga, California and all got the same job, vowing to always put play before work. Laugh along as the three friends scheme, drink, prank, party, and pretend to work while annoying their coworkers. 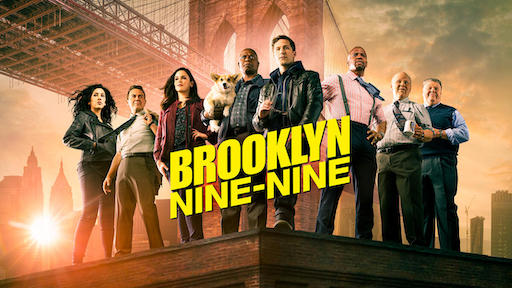 Nine-nine! Brooklyn Nine-Nine follows detective Jake Peralta (Andy Samberg) and the other detectives at Brooklyn’s 99th Police Precinct. Under the watchful eye of straight-faced and by-the-book Captain Raymond Holt (Andre Braugher), this show tells the wild stories of the streets with Jake and his crew of quirky co-workers. 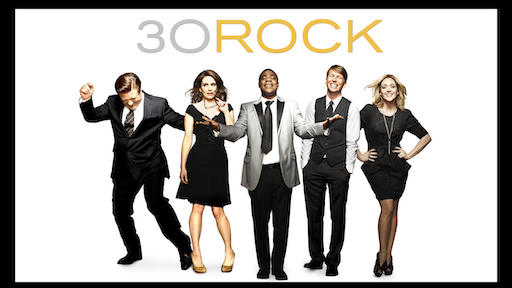 Based loosely on her experiences as a writer for Saturday Night Live, Tina Fey’s 30 Rock follows head writer and showrunner for the sketch comedy show “TGS with Tracy Jordan,” Liz Lemon (Fey) as she tries to run a successful program despite her difficult cast, crew, and network.

With a cast made up of comedy legends including, Tracy Morgan, Alec Baldwin, Jack McBrayer, Jane Krakowski, and others, 30 Rock takes viewers behind the scenes at 30 Rockefeller Center and shows us what it’s like (sort of) to run a successful sketch comedy show. 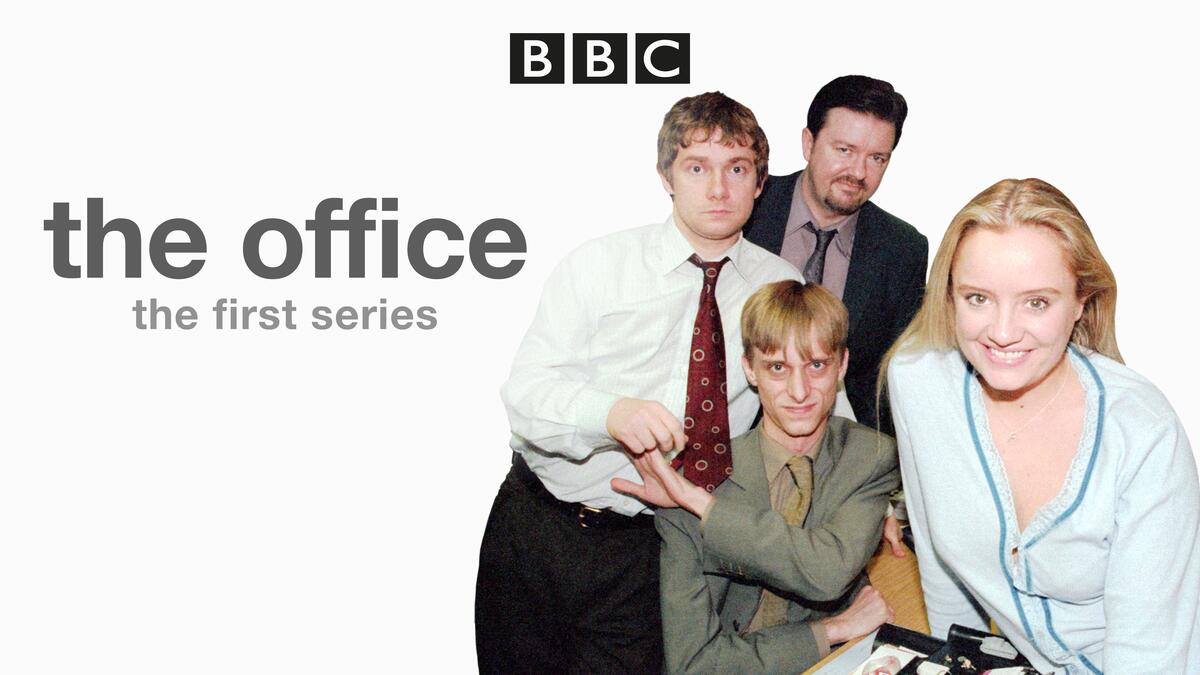 Before there was Dunder Mifflin, there was Wernham Hogg—the struggling paper company that sets the scene for the U.K. television show, The Office.

This classic workplace comedy stars Ricky Gervais as David Brent, a mid-level manager that thinks he’s cooler, funnier, and more popular than he really is. David and his quirky co-works make the day-to-day grind a little less mundane and a whole lot funnier. 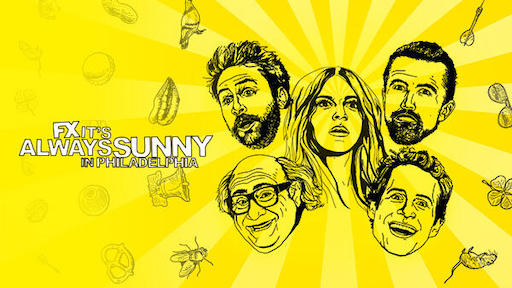 It’s Always Sunny in Philadelphia is a workplace comedy based on a group of four best friends who run a failing Irish bar in South Philly. Birds of a feather, this group of pals have a lot in common, including their big egos, drinking problems, and lack of common sense.

Watch all 15 seasons as Charlie, Mac, Dee, Denis (and Frank) continue to make big plans that will inevitably blow up in their faces.

Keep the laughs rolling with these funny movies streaming on Hulu right now.